A 16-year-old Pakistani Christian girl, brutally raped by a gang of Muslim robbers because of her faith, acted selflessly to save her younger sister from sexual attack.

“Don’t do anything to my sister; whatever you do, do to me,” the older sister told the men as the two girls were led away. The younger child, aged 14, was physically unhurt but is extremely distressed. Her older sister is shocked and traumatized. 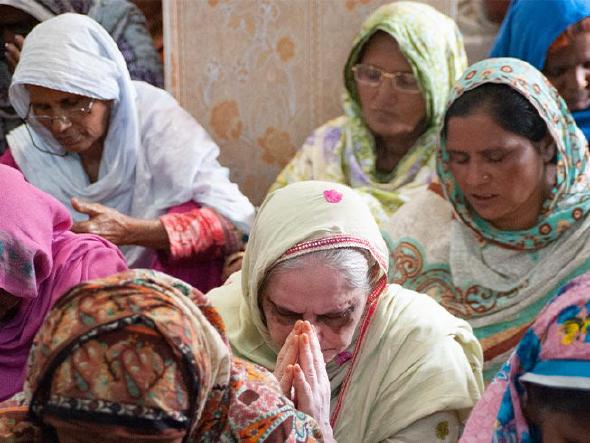 Pakistani Christian women praying. Christians are asked to pray for healing for the traumatised sisters and their family

The attack happened after three robbers held up a rickshaw in which the girls were traveling with their father and three other family members at night on December 28 in the district of Sheikhupura, in Punjab.

Police later arrested the men, who confessed they had been robbing people on the same Sheikhupura road for five years, but claimed to have “never done anything bad before.” According to a Barnabas contact, the men added, “We only raped because they were Christian.”

A local pastor, who has been visiting and praying with the family several times a day, said, “We cannot forget what happened, but we are trusting in the Lord to heal. Because the family are Christians, it is very difficult to get justice.”

The pastor added, “Please pray that girls and their family going through this trauma will recover and have peace.”