The European Parliament has passed a resolution in support of blasphemy victims in Pakistan. Amongst the provisions the Resolution calls on the EAS to review "immediately" the trade agreement with Pakistan given its numerous human rights violations and urges all EU and European diplomatic personnel to "do everything they can" to provide support and protection for Shagufta Kausar and Shafqat Emmanuel.

BRUSSELS - Dutch Parliamentarian Peter van Dalen walked up to the podium of the European Parliament and held up the picture of Shafqat Emmanuel and Shagufta Kausar and said, "Colleagues, I ask that you take a good look at this photo, because this is the couple in discussion today who are imprisoned in Pakistan.” 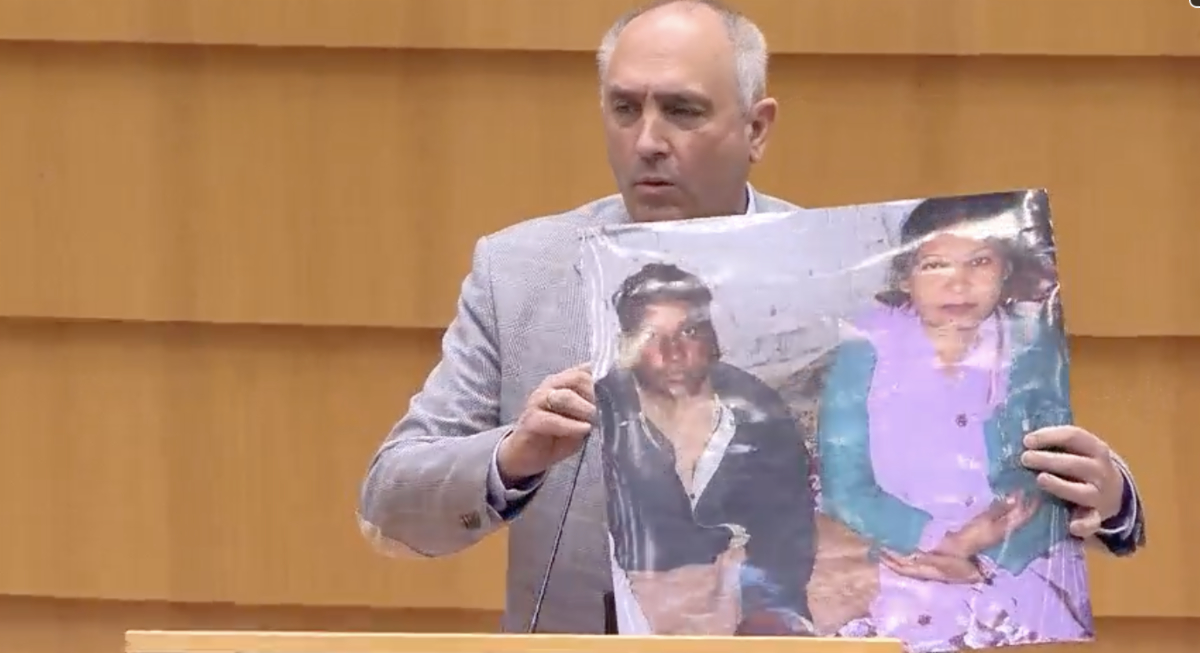 He went on to share about the situation of Shafqat and Shagufta Kausar, how authorities arrested them in 2013 and the court sentenced them to death in 2014. The courts accused the couple of sending a text message in English which was allegedly blasphemous, Peter van Dalen raises his arms at the absurdity and adds, “when they hardly know their own language Urdu.”

He described how the couple have been trying to appeal the sentence for over seven years but the case has been continuously postponed, “because Islamic extremists have put pressure on the judges.” Another member described how the Pakistani authority actions have effectively orphaned the couple's four children.

Jubilee Campaign have joined the international outcry, sending joint letters to the Prime Minister of Pakistan calling for the couple’s release and raising concerns with the blasphemy laws and the arbitrary detention of the couple with the United Nations. Jubilee Campaign have also been trying to get congressional members to adopt [advocate for] the Christian couple through the Religious Prisoners of Conscience Working Group. Amnesty International has also started an Urgent Action Letter Campaign for them.

MEP Peter van Dalen emphasised how as he raises the case of Shafqat and Shagufta he also thinks about the countless of other individuals facing arbitrary sentences, "many, possibly hundreds, of other believers." He concluded with the main goal of the resolution - urging the European Commission to review the GSP+ trade relationship with Pakistan in light of their human rights violations as a result of the “horrible blasphemy law.”