A police superintendent in Chhattisgarh state, India, has issued instructions that police officers should keep “consistent watch” on the activities of Christians.

Sunil Sharma, the Superintendent of Police in Sukma district, alleges that Christians are engaged in unlawful missionary or evangelistic activity.

“The Christian missionaries and the tribal Christians are routinely venturing in internal areas of the district and persuading the non-Christian tribals [sic] to get converted by enticing and offering them allurement,” reads Sharma’s official directive to Sukma police. 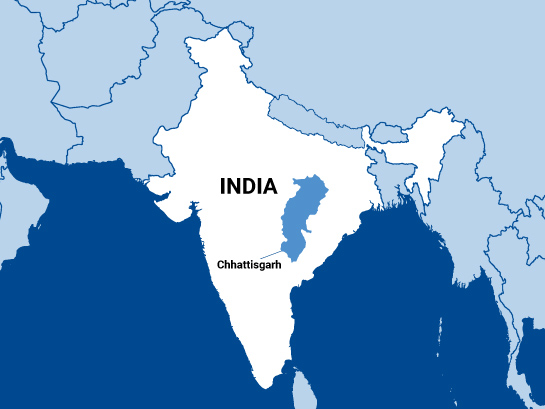 “Maintain a consistent watch over the activities of Christian missionaries and converted tribals residing in the district,” the directive continues, “and report if any of their acts [are] perceived as suspicious.”

When questioned by local media, Sharma defended his instructions on the grounds that he sought to maintain peace in the district.

“Keeping in view some nearby districts where conflicts were reported owing to religious conversions, I intended such a situation shouldn’t arise in Sukma and the social harmony prevails,” he said.

Sharma added that, while all people are entitled to practice their religion, police should monitor “religious conversion activities by enticement.”

However, an Indian church leader argued that Sharma’s order to “monitor Christian missionaries smacks of bias and arbitrariness. A police officer is required by the constitution to protect the freedom of individual citizens and guarantee their safety.”

Chhattisgarh is one of nine Indian states with anti-conversion laws that criminalize attempts to gain converts through threats or bribery. Such laws, however, may result in spurious accusations against Christians and other religious minorities, as well as creating a climate of hostility that can result in increased anti-Christian violence.

In June, Gujarat state passed an anti-conversion amendment that makes it illegal to persuade somebody to convert with the promise of “divine blessings.” If applied rigorously, this may criminalize the gospel message that repentance and faith in Christ leads to forgiveness of sin and everlasting life.