Around 84% of the Atyap people are Christians.

Two men, aged 70 and 62, died in Magamiya village when gunmen attacked at around 11 p.m. In a two-hour assault, several homes were looted of valuables and food, which were loaded into four waiting vans. Houses were set on fire and an attempt was made to burn down the church. 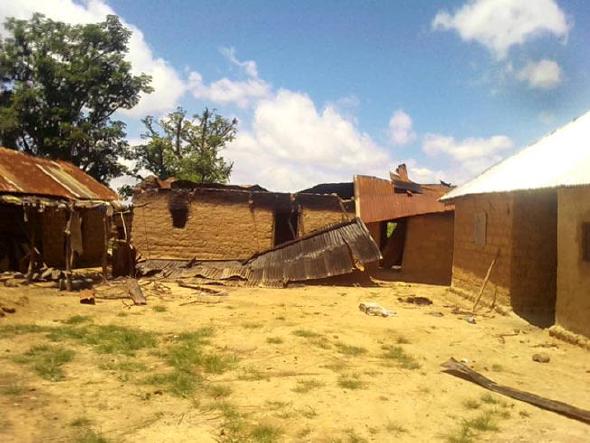 The attackers went on to storm the village of Matyei, killing eight people, including an infant, in the early hours of July 13. All 156 homes in the community and its church were burned, according to a statement by the Southern Kaduna Peoples Union (SOKAPU).

A church and at least 12 homes were torn down in an assault on the nearby community of Abuyab.

In previous recent assaults on Atyap communities, nine villagers were killed and several homes were destroyed in Makarau on Sunday, July 11, and nine died in Warkan village on July 9.

SOKAPU said that survivors of the attacks identified their assailants as Fulani. The union estimates that since July 2020, at least 100 Atyap people have been killed, about 24 Atyap villages burned, and hundreds of acres of farmland laid waste by Fulani militants.

“Not a single Fulani leader has been called for questioning,” it added.