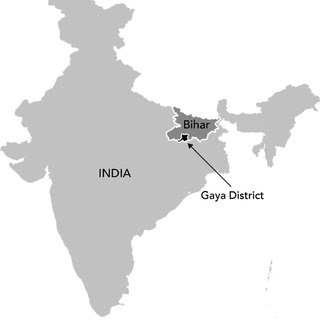 In July this year, Gaya District in the north Indian state of Bihar, found itself at the centre of a religious conversion 'scandal' after it was reported that, in Belwadih Village, hundreds of 'Mahadalits' had left Hinduism and converted to Christianity. [The category 'Mahadalit' refers to a conglomerate of over 20 Scheduled Castes. It was established in 2010 by the then Chief Minister of Bihar State to divide the Dalits for political gain. The Mahadalits are Dalits (formerly known as Untouchables) and, as such, exist beneath all Hindu castes.] Indian mainstream media reported the story as a case of exploitation of superstitious villagers. As reported in OpIndia.com (17 July): 'Even as states across the country are formulating and implementing laws to curb the menace of religious conversions, a raft of people belonging to the Mahadalit community have abandoned their faith and converted to Christianity in Gaya District's Belwadih Village ... Reports claim the rampant conversions are being carried out under the pretext of curing maladies.' But, reading further, one can only conclude that the Spirit of God is moving in that place.

The story begins with Kewla Devi, a Mahadalit village woman whose chronically ill son was not responding to medical treatment. When someone urged Kewla to seek the help of Christians in adjoining Wajidpur village, Kewla - with nothing to lose - did! The Christians prayed and her son recovered. So remarkable was this miraculous healing that, not only did Kewla and her whole family become followers of Jesus, but so too did around 135 Mahadalit families in Belwadih village. OpIndia reports: 'Some women say that before conversion, children used to disappear or fall off rooftops. But such incidents have stopped since they converted to Christianity.' The new Christians - who no longer use vermilion to mark their foreheads, nor pray to Hindu gods or goddesses - all insist they converted freely of their own will, without any inducement. The investigative reporter from India Ahead expects [see link below] 'this matter is bound to reverberate in the entire political arena'. Indeed it might! For while the Hindu nationalist BJP made great gains in the October-November 2020 elections, the BJP-led National Democratic Alliance only holds power over the pro-secular, left-leaning Grand Alliance by a mere 0.03 percent. If the BJP decides to stoke sectarian tensions for political gain, then the persecution could well explode.

According to local Christians, persecution in Gaya District has been escalating for some time. The media attention on conversions will doubtless make things worse. On 27 July two men confronted Pastor Dhiraj and his wife, Ravita, at their church in Fatehpur township, Gaya District, Bihar State. According to International Christian Concern (3 August), 'The men demanded Pastor Dhiraj and his wife leave the area or they would kill him and demolish his church.' The men returned on 28 July and again on 29 July. Then, on the evening of 29 July, a mob of up to 30 Hindu nationalists descended on the pastor's home and attempted to break in. They climbed onto the church roof and threatened Ravita with weapons. Fortunately, local villagers heard their cries, came to the rescue, and dispelled the mob. Pastor Dhiraj and other church leaders have since met with village leaders and filed a complaint with the police.

On 11 August Nitish Kumar (14) of Kamta village, Gaya District, was walking home when three unidentified men on a motorbike threw flammable liquid on him and set him on fire. Morning Star News (MSN) reports (13 September) that Nitish's family has faced opposition from Hindu extremists since they left Hinduism for Christianity two years ago. According to Nitish's brother, Sanjeet (17), everyone in their church has faced Hindu extremist hostilities. In July rumours spread that Christians would be expelled from the village. Sanjeet told MSN that his four brothers, two sisters, mother and father were Hindus until two years ago, when they put their faith in Christ after his mother was delivered from tormenting spirits following healing prayer by Christians. Family members who were frequently ill also began to enjoy good health after the Christians prayed for them. 'Since we started to believe in Christ two years ago, the evil spirits left my mother, and health was restored in our family,' Sanjeet said. 'We are still poor, but there is happiness in our lives after we started following Jesus ... We continued to go to church despite threats. Even today, after what my brother has gone through, we will not forsake Christ. We will continue to remain faithful until we die.' Suffering burns to 65 percent of his body, with 15 percent deep burns, Nitish is currently fighting for his life. Dr KN Tiwari of the burns unit of Appolo Burn Hospital in Patna, Bihar State, described Nitish's condition as 'very, very critical. His survival chances are low'. After expressing wonder that Nitish was still alive, the doctor touched on the source of our hope saying, 'It is only God's grace that Nitish has pulled through thus far with this extent of burns.' Please pray!