At 12:30am on Thursday 17 March, Fulani militants attacked the predominantly Christian village of Agunu Dutse in Kachia Local Government Area (LGA) in Kaduna's south-west. The Fulani arrived quietly and took up strategic positions as the villagers slept. Once organised, they stormed the village, firing their weapons indiscriminately, undeterred by the fact that the village lies a mere 2km from the Akada Barracks. One villager suffered bullet wounds and at least 46 Christians -16 men, at least 30 women, and an unknown number of children (possibly 9, according to one report) - were abducted into the forest. Eyewitnesses report that the Fulani came in large numbers, were highly organised and armed with sophisticated weapons. Morning Star News has identified 46 missing Christians; providing a long list of mostly Biblical names. 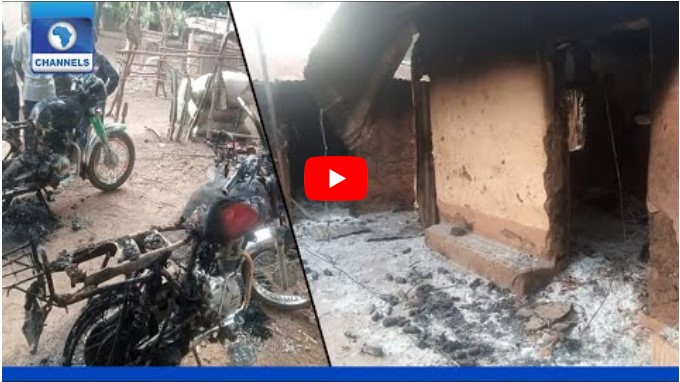 Just days later, on Sunday evening 20 March, Fulani militants attacked four predominantly Christian villages in Kaduna's south-eastern Kaura LGA: Tsonje, Agban, Katanga and Kadarko; all of which are within the Kagoro/ Gworog Chiefdom. The Chairman of Kaura LGA, Matthias Siman, told Channels Television that the Fulani arrived in three 18-seater buses at about 7pm and rampaged, killing residents and torching property, until 11pm. As in the 17 March attack in Kachia LGA, the Fulani arrived in large numbers, were highly organised and armed with sophisticated weapons. On 22 March, after security agencies had conducted a thorough search, it was confirmed that 34 people had been killed (including two military personnel), whilst over 200 houses, 32 shops, three vehicles and 17 motorcycles were torched.

The Chairman of the Christian Association of Nigeria (CAN) in Kaduna, the Reverend John Hayab, lamented that human beings were being killed without adequate protection from the government. 'When Will the Killings of Innocent People in Kaduna Stop?' he asked in his statement. 'The CAN Kaduna State Chapter is sad and grieving following the continued killings, kidnappings, banditry, and the unimaginable evil going on in our state unabated without any substantial action by the Government and security forces. ... How long will this evil continue and when will our leaders act dutifully?' He lamented that the government's response had long been to offer fine words but no action. One action that must be undertaken is the decentralisation of Nigeria's police force, which currently exists as a single federal police force under the control of the Nigerian president. [See note on 'The 1999 Constitution', in RLPB 596 (5 May 2021)]. 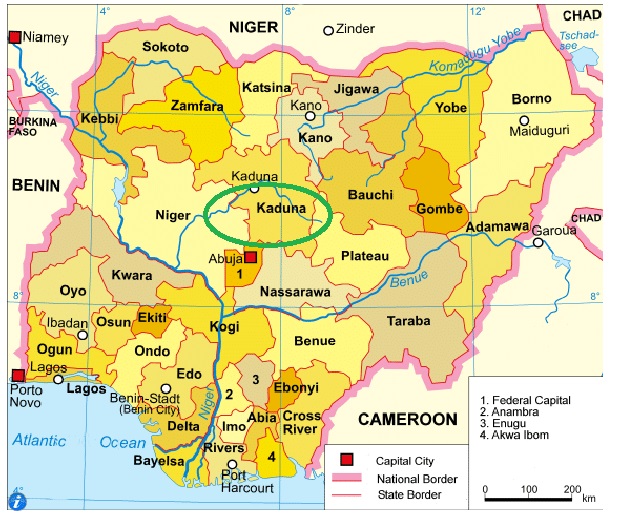 In May 2021 the long-time head of Boko Haram, Abubakar Shekau, detonated a suicide vest, killing himself and others, as operatives from Islamic State West Africa Province (ISWAP) moved in to assassinate him at his base in the Sambisa Forest, Borno State, north-east Nigeria [RLPB 599 (26 May 2021)]. Many Boko Haram fighters subsequently joined ISWAP, which is based in Borno State's Lake Chad basin. Meanwhile, the pro-Shekau remnant relocated to predominantly Christian southern Kaduna where they have established a base in the Rijana Forest in Chikun LGA [RLPB 623 (10 Nov 2021)]. Chikun LGA is located just north of Kachia LGA. These two LGAs in south-western Kaduna border Shiroro and Munya LGAs in eastern Niger State where Boko Haram now controls some 500 communities under the black flag [RLPB 618 (6 Oct 2021)]. Terrorism analysts have long warned that if Boko Haram gets a foothold among the Fulani in the Northwest, then nothing 'will prevent their continued expansion until northern Nigeria becomes overwhelmed ...' [RLPB 562 (12 Aug 2020)]. Officially, Boko Haram refers to itself as Jama'at Ahl as-Sunnah lid-Da'wah wa'l-Jihad (JAS: People Committed to the Propagation of the Prophet's Teaching and Jihad). There can be little doubt that Boko Haram is arming Fulani and propagating jihad in predominantly Christian southern Kaduna, right on the northern doorstep of Nigeria's Federal Capital Territory.