UPDATE: On Tuesday 15 March Indonesian police fired into a crowd of Papuans in Dekai, the main town in Papua's Yahukimo Regency, killing two and wounding at least seven, three critically. The predominantly Christian indigenous Papuans have been protesting in various cities since December when the Indonesian government announced a new plan to carve West Papua and Papua into five (or some reports say six) provinces. According to an analysis by the President of the Papua Baptist Church Synod, the Reverend Dr Socratez Yoman, 'These new provinces are only for political and military purposes and to move excess population [i.e. Javanese Muslims] from Java [into Papua].' Human rights activist Veronica Koman concurs, warning that more provinces would amount to more Indonesian troops. 'This will bring Papuan people's lives under more militarism,' she said. Please pray.

* UKRAINE [RLPB 637 (16 March)], that the Lord would effect a breakthrough in negotiations and that Ukrainian and Russian believers would reject any pressure or temptation to hate and reject the 'other'. Please pray that the Holy Spirit will facilitate unity in Christ's Church - a unity born of a familial love that transcends ethnic, denominational and political distinctions, a unity that will reflect the warmth and light of God's grace into a troubled world.

* NIGERIA [RLPB 638 (23 March)], after large formations of around 100 well-organised and well-armed Fulani militants attacked Christian communities in predominantly Christian southern Kaduna: in Kachia LGA (south-west) where, on 17 March, they abducted 46 adults and 9 children; and in Kaura LGA (south-east) where, on 20 March, they killed 34 people and torched over 200 homes across four neighbouring villages. 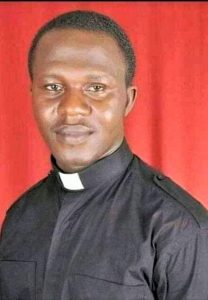 From the evening of Thursday 24 March through to the early hours of Friday 25th, a large formation of Fulani jihadists attacked at least nine villages in Giwa Local Government Area (LGA) in Kaduna's predominantly Muslim far north. They destroyed and burned houses, stores and animals. More than 50 residents were killed and at least 100 were abducted, carried off into the nearby forest. Among the abducted at gunpoint is Reverend Father Felix Zakari, of St Anne's Catholic Church, Zango Tama parish. Not only did the jihadists target the priest, but they razed the church building to the ground, sending the residents a clear message. The Catholic Diocese of Zaria has appealed for prayer. Please pray.

At around 12 noon on Saturday 26 March, a formation of more than 200 well-organised, well-armed Fulani jihadists emerged from a nearby forest and invaded Kaduna International Airport's Runway 5. An official who raised the alarm was shot dead. Flights were delayed while Nigerian forces repelled the attackers. Whilst unsuccessful, the audacious attack has left many wondering how long it will be before Nigeria is overwhelmed. In a worst-case scenario, Boko Haram (now under new leadership) might re-seek and re-gain support from Islamic State (also under new leadership since 10 March). This would be catastrophic for Nigeria's Christians, especially those in the Muslim north and volatile mixed Middle Belt, and nowhere more so than in predominantly Christian southern Kaduna. Please pray.

In Nawagarh village, Janjgir District, in the north-eastern tribal-belt state of Chhattisgarh, pressure is mounting against a group of five church-going families. At least one of those families identifies as Hindu but, having rejected idol worship, had become interested in Christianity. Hearing of the situation, Hindu nationalists decided to intervene. First, the village was ordered to boycott the families, denying them access to water, grains, workers and social contact. When that failed to dent the families' resolve, the Hindu nationalists upped the ante. The Hindutva elements entered the village at about 9pm on 2 March. They gathered local gangsters, supplied them with free alcohol, and employed them as proxies to attack the five church-going families. The gangsters rounded up the families into a hall where they beat, abused and threatened them, saying if they refuse to worship Hindu idols then they will be forced to leave the village. Embracing their freedom to refuse to worship the lifeless Hindu 'no-gods' (Isaiah 37:19) the families have fled and taken refuge in nearby villages. Please pray.

'...and have cast their gods into the fire. For they were no gods, but the work of men's hands, wood and stone. Therefore they were destroyed. So now, O Lord our God, save us from [their] hand, that all the kingdoms of the earth may know that you alone are the Lord' (vv19,20, from King Hezekiah's prayer, Isaiah 37:14-20).

Video: 'Pastor being accosted by a mob in Delhi'
posted by Scroll.in (verified), 3 March 2022.

Originally from the north-eastern tribal-belt state of Jharkhand, Pastor Kelom Kalyan Tet (35) has been living and ministering in Delhi - India's federal capital - for the past 18 years. On the morning of 25 February, Hindu nationalists ambushed, beat and abducted Pastor Tet, accusing him of forcible conversions. They then took Pastor Tet to Peepal Chowk in south Delhi's Fatehpur Beri, and tied him to a metal grill dividing the road. Then, as traffic passed by on the right side and the left, they incited the swelling crowd to beat and abuse the pastor on racial, caste and religious grounds. After two hours of abuse, during which he feared he would be killed, Pastor Tet realised that the ropes had come loose and made his escape. What saddened Pastor Tet the most was that nobody objected to the violence or intervened to help him, not even to call the police. Pastor Tet and his pregnant wife are now living in fear and hoping for justice. Please pray.

A WIN IN THE COURTS

On 25 March India's Supreme Court dismissed a petition filed by the Hindu nationalist group Hindu Dharma Parishad asking police to monitor the activities of Christian missionaries, whom they accuse of forcibly converting tribals. Not only was the petition dismissed, but the apex court warned Hindu Dharma Parishad that it would face a fine if it ever came up with such a petition again! The petition had already been dismissed by Madras High Court in 2021. Considering the way Christians are treated in India, it might be more applicable to ask the police to monitor the activities of Hindu nationalist organisations. Praise God this petition was rejected!

A LOSS IN HARYANA

On Friday 4 March the Hindu nationalist BJP government in India's north-western state of Haryana introduced the Haryana Prevention of Unlawful Conversion of Religious Bill, 2022, to the state legislature. The Bill seeks to 'prohibit religious conversions which are effected through misrepresentation, force, undue influence, coercion, allurement or by any fraudulent means or by marriage or for marriage by making it an offence'. Despite loud objections from the opposition, the Bill passed on Tuesday 22 March. Kiran Choudhry of the opposition Indian National Congress party drew attention to the fact that the Bill violates Article 25 (1) of India's Constitution which reads: 'Subject to public order, morality and health and to the other provisions of this Part, all persons are equally entitled to freedom of conscience and the right freely to profess, practise and propagate religion.' Calling it a 'scary Bill', she warned that it that would 'deepen the communal divide'. Please pray. 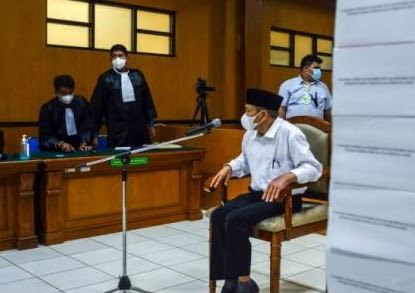 On 24 February, in West Java's Ciamis District Court, Christian apologist Muhammad Kece was sentenced to ten years in prison. Kece was deemed to have violated laws on (1) Information and Electronic Transactions (ITE), (2) hate speech in relation to SARA (ethnicity, religion, race and other) and (3) blasphemy. He received the maximum sentence because he committed his crimes 'intentionally and knowingly', and deliberately created a commotion 'by making videos about a large number of lies'. The former Islamic teacher and convert to Christianity (baptised in 2014) established a YouTube channel in 2020 through which he offered an intellectual critique of Islam and defence of Christianity. By August 2021, Indonesia's powerful Islamic organisations had had enough. They levelled a complaint leading to Kece's arrest on the charge of blasphemy [RLPB 619 (13 Oct 2021)]. Kece has been assaulted in prison and his health has deteriorated. He was hospitalised twice in January: first with dengue fever, and subsequently in a critical condition with Diabetes Mellitus and low platelet count requiring a blood transfusion. Please pray.

* LAOS: HOMELESS AND LANDLESS FOR CHRIST

Radio Free Asia (RFA) reports (24 March) that, on March 15, authorities in Phalanxay district, Savannakhet province, met with Christian widow Seng Aloun and other church members to discuss the conflict between the family and Dong Savanh village officials. On 6 December, when Seng Aloun tried to take her deceased husband's body to the Dong Savanh village cemetery for burial, she and her entourage were attacked by local authorities and village residents who objected on the grounds of the family's 'foreign religion'. Forced to retreat, the family buried their patriarch in the family rice field. However, the persecution did not end. In February, the authorities expropriated the family's land and villagers torched the family's home.

Homeless and landless, with children to raise, Seng Aloun posted video footage of the attack to social media along with a request for help. When police asked her to remove the footage, she refused. When they subsequently asked her to lie about who was responsible (i.e. the village chief), she refused. A local Christian leader who has been helping Seng and her children asked the authorities why they had not interrogated and investigated the village chief. Despite district officials promising Seng they would help her, nothing has changed. As she explained to RFA, 'We still live in the forest outside the village.' Bounthone Chanthalavong-Wiese, president of the Alliance for Democracy in Laos, told RFA that the authorities spent most of the 15 March meeting denouncing the Christian family, not those who obstructed their burial, torched their home and stole their land. Phil Robertson, deputy Asia director for Human Rights Watch, told RFA that the Lao government should tell the local authorities to stop harassing and oppressing people of different faiths. 'It's their right to believe in any religion,' he said. 'If they believe in Christianity, let them be Christians.' Please pray.

(1) On 8 March Muslim relatives sprayed acid on Juma Waiswa (38), his wife, Nasimu Naigaga (32), and their 13-year-old daughter as punishment for leaving Islam. The family put their faith in Christ on 17 February after a pastor visited their home in Intonko village, Namutumba District in Uganda's Eastern Region, and explained the Gospel to them. When their Muslim relatives heard of it, they called a family meeting where they ordered the family to renounce Christ and return to Islam. When the family refused, their relatives beat and cursed them as apostates deserving of death. Finally, Waiswa's father sprayed the family with acid. A Christian neighbour called the pastor who took the family to hospital in Mbale, although the daughter's injuries were so severe she needed to be transferred to Jinja. The next day, while they were all in hospital, their house was torched. The family requests prayer for healing and for a safe place to stay while recovering. Please pray.

(2) On 13 March, in Eastern Region's Namutumba District, hard-line Muslim villagers attacked former mosque leader Swaleh Mulongo of Bugobi village. After meeting with a local pastor for many years, Mulongo put his faith in Christ on 13 January. When he stopped leading Muslim prayers, the new mosque leader launched a campaign to find and threaten him. The attack left Mulongo with deep head wounds, a broken wrist and bruises on his back; he was hospitalised in Iganga. The attackers also targeted the local pastor, killing his animals and leaving a threatening letter warning: 'We know you are a deceiver, and that you converted our imam to Christianity. We shall soon get hold of you, which will be a big regret to your family and the entire church.' Please pray.