In January a public notice written in the Hindi language appeared in Chhattisgarh's south-western Bijapur District. Posted on the main road of Angampalli village, the notice directed locals to 'Worship the tribal gods and goddesses; Oppose Christian Religion'. It was signed by the 'National Park Area Committee, CPI (Maoist),' [CPI: Communist Party of India]. The notice listed 22 local Christian 'pastors' who the CPI (Maoists) demanded should 'leave pastorship of the Christian faith propagating enemy culture', warning that failure to comply would result in action being taken against them.

On the evening of 17 March, six masked men entered Angampalli village and descended on the home of Pastor Yalam Shankar (58; also known as Pastor Timothy). Pastor Shankar went outside to see what they wanted, followed by his daughter-in-law who witnessed everything that followed. She told Morning Star News (MSN):  'As soon as my father-in-law stepped out of the house, they tied his hands at the back. Then they hit his face and forced him to kneel. After he did, they slit the back of his neck with a knife. They shot two bullets into his chest and stabbed him in his chest with a knife.' She added that when one of the masked men then pointed his gun at her head, 'My heartbeat suddenly increased, and my head began to spin, and I fainted out of fear.' A former village sarpanch (village head), Pastor Yalam Shankar was a well-known and influential person. A natural leader, he had repeatedly defended Christians from radical Hindu nationalists. Pastor Shankar was the Senior Pastor of the BCM (Bastar for Christ Missionary Movement) church in Angampalli village. The BCM Movement started in Chhattisgarh's conflict-ridden south-eastern Bastar district, but now sends missionaries all over the state. Pastor Shankar's name was second on the list of 22 'pastors' warned to stop propagating Christianity.

The killers left a Hindi-language note on Pastor Shankar's body which read: 'The police informer of Angampalli village Yalam Shankar is killed at the hands of our PLGA.' [PLGA: People's Liberation Guerrilla Army, the armed wing of the banned CPI (Maoist).] The killing has all the traits of a professional military-style execution, indicating it was indeed the work of Maoist insurgents (also known as Naxalites) and not Hindu nationalist thugs. However, the claimed pretext - that the pastor was a police informant - is not credible. The local police chief denied that Shankar was ever an informer. Local Christians also deny it.

Pastor Vasim Shankar is anxious that he could be targeted next. His name appeared not only among the 22 'pastors' on the public notice, but also on the note left on Pastor Yalam Shankar's body wherein Vasim is also accused of being a police informer. 'I am not a police informer,' he told MSN. 'I have not met or been associated with either the police or the Maoists. Neither was Pastor Yalam Shankar an informer. These are false allegations to frame us and kill us.' Santosh Yalam's name is also on the list of 22 'pastors', even though he is not a pastor. He lives in Tamlapalli village, around 1km from Angampalli, and told MSN that area Christians had faced increased opposition from local Gond tribals since November, when the villagers commenced a boycott of the Christians to protest conversions. 'There were many incidents of violence,' he said, 'wherein the Christians were beaten, and their property destroyed while they were threatened and told to "return" [to traditional Gond animism].' 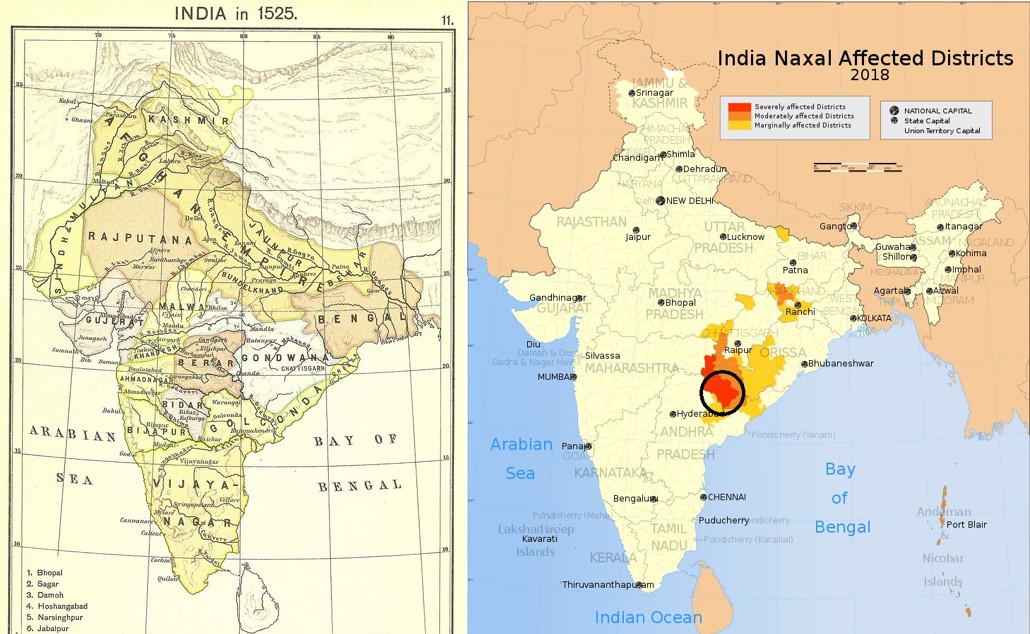 With a population of more than 12 million, the Gond community comprises the largest tribal group in India. The Gond - whose language is Dravidian (from south India) - are spread throughout Madhya Pradesh, Chhattisgarh and Jharkhand, a region which for centuries was known as the Kingdom of Gondwana.

Downtrodden and exploited under the racist Hindu caste system, many Gond have been drawn into the anti-Hindu Maoist/Naxalite insurgency that has plagued the 'Red Corridor' of north-east India for decades. While tribal Christians oppose all forms of violence, they have long been allies of the tribal animists in the struggle against the racist Hindu caste system and Hindu-Aryan domination and exploitation.

To the Hindu nationalist BJP, the Gond are nothing but a massive vote bank which must be won. To capture the Gond vote, the BJP incites hatred, portraying Christians as an existential threat to Gond families and Gond culture, while promoting the anti-conversion BJP as the solution. [See RLPB 506, Christian Crisis in North India, 12 June 2019; and RLPB 612, Divide and Rule in Bastar, Chhattisgarh, 25 Aug 2021.] Having turned India's tribal belt into a tinderbox of anti-Christian suspicion and hatred, the BJP is now igniting fires amongst the Gond, who in turn are using their Maoist/Naxalite contacts to eliminate Christian 'pastors' suspected of 'propagating Christianity'. The situation is extremely serious.

As for Chhattisgarh's Bijapur District, there are still 21 'pastors' on that list; their lives are in imminent peril.

There are six things that the Lord hates, seven that are an abomination to him: haughty eyes, a lying tongue, and hands that shed innocent blood, a heart that devises wicked plans, feet that make haste to run to evil, a false witness who breathes out lies, and one who sows discord among brothers (Proverbs 6:16-19 ESV).

For he will hide me in his shelter in the day of trouble; he will conceal me under the cover of his tent; he will lift me high upon a rock ... Give me not up to the will of my adversaries; for false witnesses have risen against me, and they breathe out violence (Psalm 27:5,12 ESV). 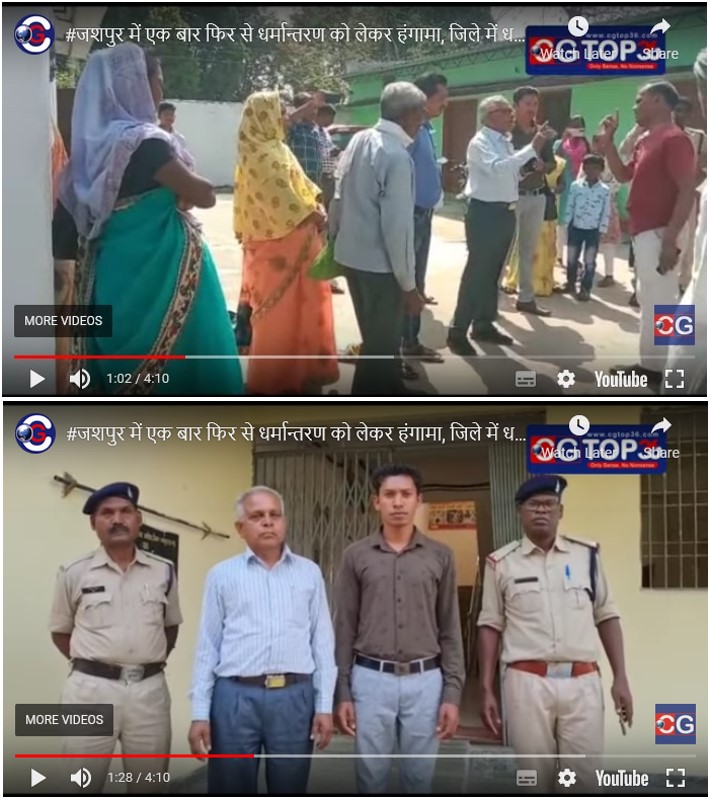 We also pray for Pastor Christopher Tirki and Jyoti Prakash Toppo who were arrested and jailed in north-east Chhattisgarh on Sunday 27 March, charged with 'attempting religious conversions.' May the Lord sustain and deliver them.

Pastor Tirki was leading worship for 25 Christian families, comprising 65 believers of the Kanwar tribe in Bagiya village, Jashpur district, in Chhattisgarh's far north-east, when a mob of Hindu nationalists stormed the service and began assaulting and abusing the congregation. Agents of the Hindu nationalist VHP reported the situation, leading the police to arrest and jail Tirki and Toppo on the charge of attempting to procure illegal religious conversions. Pastor Tirki denies the charge, insisting anyone who converts does so of their own free will. 'Our work,' he said, 'is to impart the Bible's teachings.' Please pray.