The only churches permitted in Iran are 'ethnic' - i.e. Armenian and Assyrian - churches. Whilst these churches may minister to Armenians and Assyrians, they are not permitted to minister in the Persian language (Farsi) or have Persians in their congregations. This is because the regime maintains that Persians are Muslims and apostasy is not permitted. According to Javaid Rehman, the United Nations Special Rapporteur on the Situation of Human Rights in Iran, 'Between 1 January and 1 December 2021, at least 53 Christians were arrested for the practice of their religious beliefs' [A/HRC/49/75 (13 Jan 2022)].

On Saturday 16 April two Christian women - both Persian converts and house church leaders - commenced serving their two-year prison terms. Sentenced in August 2020, Sakineh (Mehri) Behjati has been jailed in Lakan Prison in Rasht, while Fariba Dalir (51) has been jailed in Tehran's Evin Prison. Both women are charged with acting against national security by establishing and leading an evangelical Christian house church. Arrested on 19 July 2021 with five other converts (including her fiance), Fariba spent 38 days in solitary confinement before being transferred to the notorious Shahr-e Rey (Qarchak) prison. A 17-y-old girl detained with the group spent ten days in solitary confinement undergoing intense interrogation before being released without charge while the other four believers were released on bail in October. Fariba was released on bail on 18 November, after which she and her fiance Soroush married. On 4 December Tehran's Revolutionary Court sentenced Fariba to two-years jail, while her husband Soroush and the three other converts were sentenced to ten months' prison for membership of the house church but released upon payment of a fine. The court initially sentenced Fariba to five year's jail after wrongly stating that she had a previous criminal record. While the court did revise the sentence down after being informed of the error, it gives us a glimpse of what will happen the next time Fariba, Soroush or any of the others (except the 17-y-old girl) are arrested. 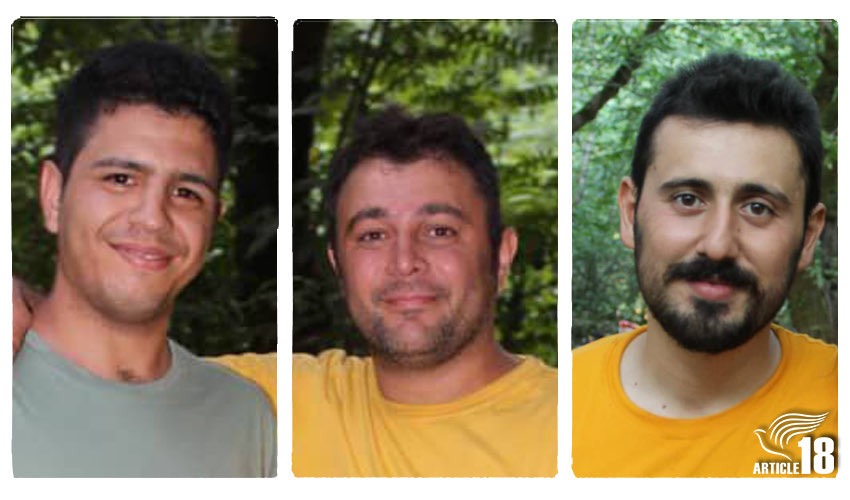 On Saturday 9 April a Revolutionary Court in Rasht sentenced three Christian men - all Persian converts - to five years' jail. Arrested on 5 September 2021, Ahmad Sarparast (25), Morteza Hajeb Mashoud Kari (38), and Ayoub Pourrezazadeh (28) spent time in solitary confinement before being released on bail. The men were charged on 25 January with 'engaging in propaganda and education of deviant beliefs contrary to the holy Sharia' and 'connections with foreign leaders', under the amended Article 500 of Iran's penal code. Echoing the Christians, their lawyer Iman Soleimani insists they have engaged in neither propaganda nor teaching, but only met together for Christian prayer and worship. Article 18's advocacy director, Mansour Borji, maintains the men were only convicted because they remained 'persistent in their beliefs'. According to Soleimani, judges are under immense pressure from the regime to punish Christians harshly. Insisting they have committed no crime, the believers will appeal their sentences.

INTERNET BILL: A bill currently making its way through the Iranian parliament - where it is virtually certain to pass - threatens to send the country dark. The 'Regulatory System for Cyberspace Services Bill' - formerly known as the 'User Protection Bill' - would place Iran's Internet infrastructure and Internet gateways under the control of the country's security agencies (MOIS) armed forces (IRGC). Work is already underway on a National Information Network (NIN), a closed national intranet that can keep running when access to the global internet is shut down. Furthermore, the bill would introduce criminal measures against those who produce, sell or distribute Virtual Private Networks (VPNs), punishing them with up to two years in prison. This will make it virtually impossible for Christians to communicate on matters of faith, or get Christian materials into Iran (such as much-needed theological training courses) and information on persecution out of Iran. Though the parliament is split on the issue, the hardliners are the majority. Whether they can make it work is another matter entirely. This may yet prove to be another case of Islamic overreach triggering the opposite effect of that intended.