* INDIA [RLPB 647 (1 June)], after authorities threatened pastors in Basti district of Uttar Pradesh; and pastors were arrested for ‘conversions’ in Karnataka (which has an anti-conversion law) and Goa (which does not – yet). As noted in RLPB 647, Goa is ‘a former Portuguese colony on India’s west coast; Christians: 26.7 (census) - 41.5 percent (Operation World 2010), virtually all Roman Catholic’.

UPDATE: PROPOSALS ARISING FROM THE HINDU NATIONALIST CONVENTION IN GOA

On 15 June Goa’s BJP Governor, PS Sreedharan Pillai, proposed promoting Goa as ‘a destination for spiritual tourism’, a proposal that could see Gao host more Hindu festivals and new Hindu infrastructure. Outlook India reports (16 June): ‘On the same day, just some 30-odd km away, a Hindu Rashtra Sansad (Hindu National Parliament), part of the Akhil Bharatiya [an RSS affiliate] Hindu Rashtra Adhiveshan [Hindu nationalist convention] held at the Ramnathi temple grounds in the temple town of Ponda [in north Goa], demanded the deletion of the words ‘secular’ and ‘socialist’ from the Indian Constitution.’ High on the list of topics discussed was that of religious conversions. While Goa is preparing to table a law against conversions, the delegates – reportedly comprising ‘hundreds of representatives from Hindu organisations based out of the US, UK, Hong Kong, Singapore, Fiji, Nepal and 26 Indian states’ – insisted, ‘The issue of religious conversions exists at the national level. To stop this, Article 25 of the Constitution needs to be amended and the words “propagate religion” removed from it.’ They also raised the issue of boycotting non-Hindus: ‘When you are fighting against an opponent, you have to cut all his financial links,’ insisted a delegate from neighbouring Karnataka. The author wondered whether the Adhiveshan/convention in Goa was just ‘an exercise in mere fulmination by the fringe’, before concluding that ‘the lines between mainstream and fringe, may well have blurred beyond recognition.’ Please pray for the Church in India.

KADUNA: On Sunday 19 June a large contingent of gunmen on some 30 motorcycles looted and terrorised their way through three villages in Katura Community, in Kajuru LGA, in predominantly Christian Southern Kaduna. When they subsequently arrived in Rubu village at around 7am, church was just commencing. The terrorists attacked Maranatha Baptist Church and St Moses Catholic Church, killing three worshippers and wounding at least two. They also abducted 36 worshippers, mostly Catholics, for whom they are demanding N100 million ransom. 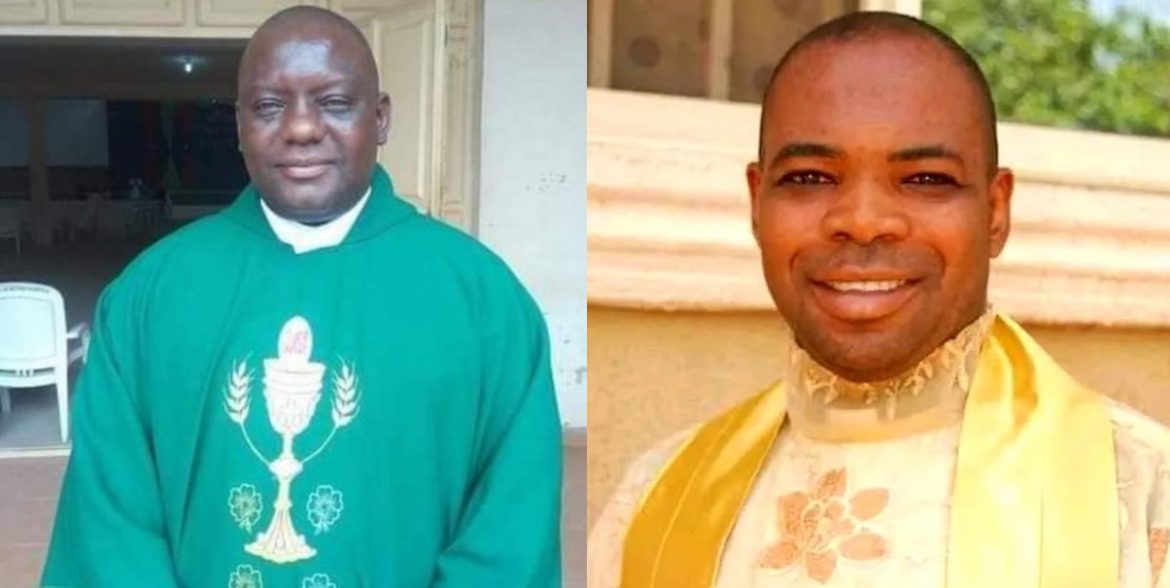 On Saturday 25 June Father Vitus Borogo (50) was visiting the Prison Farm in Kujana town, in Chikun LGA, when terrorists raided the farm. The terrorists stole all the farm’s sheep and cattle and murdered Fr Borogo. Along with his church and pastoral duties, Fr Borogo also served as the chaplain of the Catholic community of the Kaduna State Polytechnic and was Chairman of the Nigerian Catholic Diocesan Priests Association, Kaduna state chapter.

EDO: On Sunday 26 June Father Christopher Odia of the diocese of Auchi was abducted from his rectory at around 6:30am and subsequently murdered. He had been preparing to lead Sunday Mass at St Michael Catholic Church Ikabigbo, Uzairue, in predominantly Yoruba Edo State, in Nigeria’s South-east region. Please pray for the Church in Nigeria.

* VIETNAM [RLPB 650 (22 June)] where the publication of two draft decrees on religion show the ruling Communist Party of Vietnam is moving (as China has done) to tighten control over, and escalate persecution of, Vietnam’s registered Church. 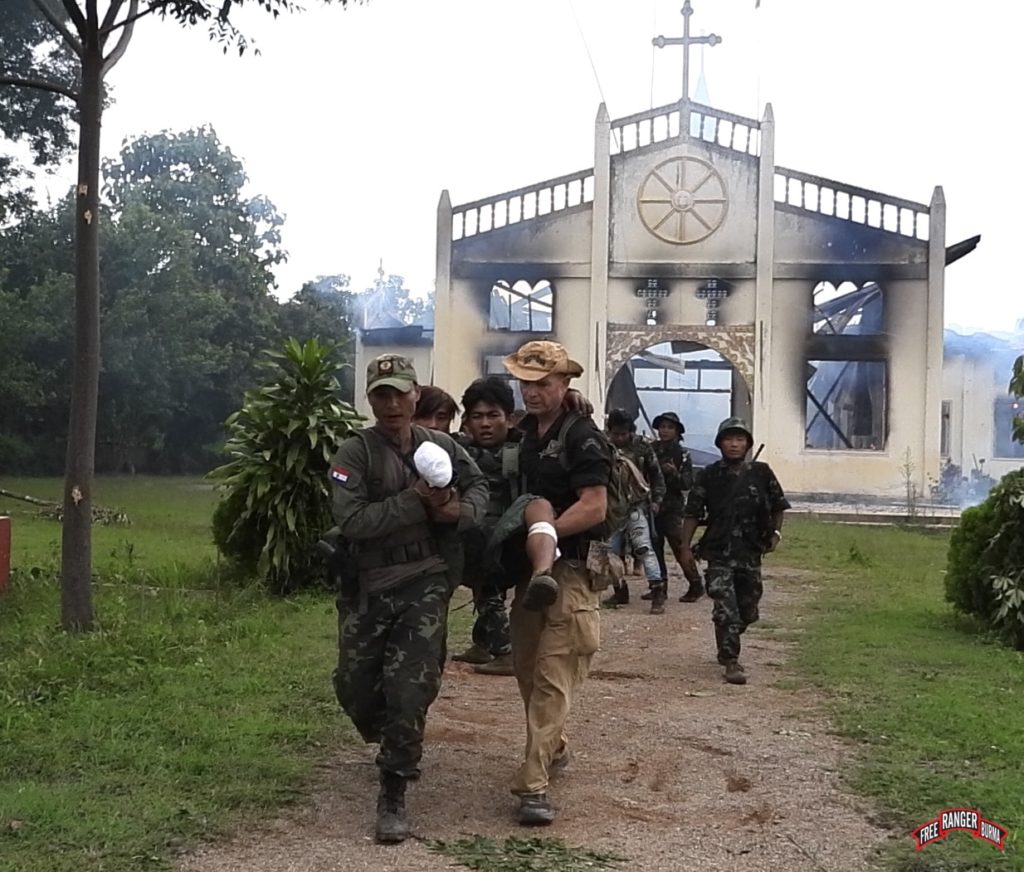 In early June, Tatmadaw (Burma Army) troops attacked the Karenni village of Daw Nye Ku, shelling and burning homes, sending the villagers fleeing into the hills. On 15 June they burned the new church. As the local People’s Defense Forces (PDF) forced the troops out, Free Burma Rangers medics entered the village to see if anyone required assistance. As they approached the church they noticed an exposed landmine on the edge of the path. FBR reports (19 June): ‘We then carefully retraced our steps out of the church compound and told everybody where the landmine was and said there were probably more. Just as we started to walk away, we heard an explosion, then a scream of pain and anguish. We went back to the church and there are on the ground was a young Karenni volunteer aged 16. His foot was completely gone and his lower leg was a mangled mess... He had stepped on a different mine than the one we had seen and we again realised that the Burma Army had seeded this yard with destruction.’ Please pray for Burma’s long-persecuted, gravely imperilled Christians.

On 6 June China’s ruling Communist Party (CCP) issued a directive encouraging and incentivising citizens to inform on one another. The Ministry of State Security has set up a public hot-line through which citizens can provide either real-name reports or anonymous tip-offs, by phone or over the internet, regarding citizens they suspect may be a threat to ‘national security’. As Radio Free Asia reports (9 June), ‘“national security” [is] a broadly defined concept that criminalises overseas contacts and fund-raising, criticism of the ruling Chinese Communist Party (CCP), and peaceful political opposition.’ Depending on the value of the information, informants may receive a ‘spiritual reward’ (a certificate of appreciation) or varying degrees of financial reward. Please pray for the Church in China.

In early June, Mrs Hao Ying, wife of Pastor Geng Zejun, published on social media that a trial will be held against her imprisoned husband at the end of June. Pastor Geng leads the Church of the Rock in Shizuishan city’s Huinong district in China’s Ningxia Hui Autonomous Region, a remote far north region on the border of Inner Mongolia. Authorities raided the church on 5 December 2021 and sentenced Geng to 15 days administrative detention, and his wife and four others to 10 days. After their release, church gatherings resumed. On 4 January police summoned Pastor Geng for questioning; he never returned home. Pastor Geng and two other members – Luo Shiping and Wang Sufang – were charged with ‘organising illegal religious gatherings’. Bitter Winter reports (27 June) that Pastor Geng has been committed to trial and his sentencing has been scheduled for 13 July. Please pray.

The Copts are the indigenous people of Egypt, the true descendants of the Pharaohs. At the time of the Arab invasion and conquest (from AD 639) the Copts were already predominantly Christian. The Copts are now an ethnic-religious minority, imperilled by systematic discrimination and persecution. On Sunday 5 June, in the village of Arab Mahdy in Akhmim, Sohag, some 500km south of Cairo, a Copt named Kirollos (Cyril) Megally (30) was brutally murdered by an extremist Muslim with a long history of harassing Christians. Megally was riding his motorbike when Abdullah Hosni obstructed him, pushed him off, and then hacked into him with a meat cleaver. Megally died in hospital on 7 June. Hosni has confessed to the crime and been charged with intentional murder. Please pray. 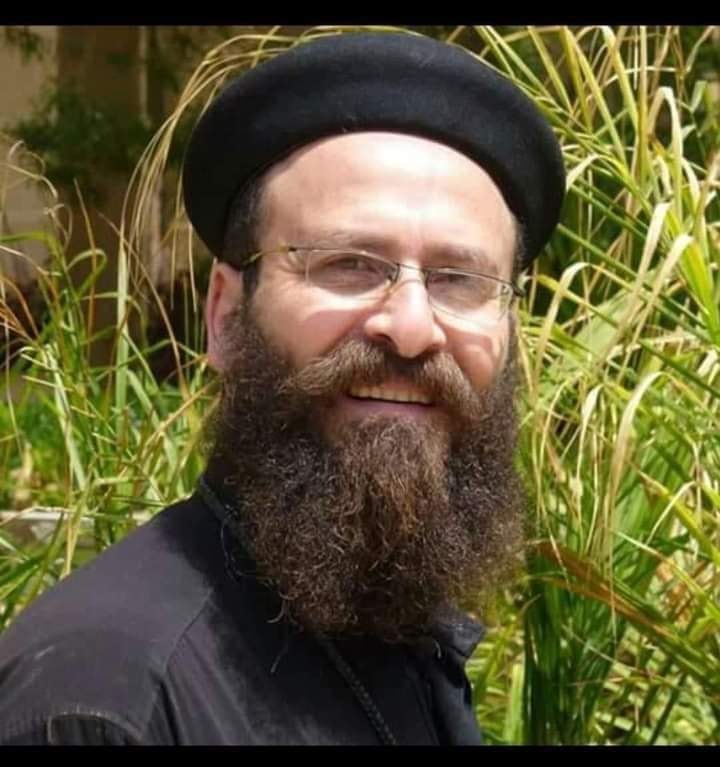 On 11 June, a decision was handed down in an Egyptian court that Copts hope will herald an end to impunity. On 7 April Father Arsenius Wadid (56) was enjoying a picnic with church youths on a popular seaside promenade in Alexandria when he was set upon and stabbed to death by a knife-wielding Islamist named Nehru Tawfiq (60). Tawfiq’s defence ran the usual line, that the perpetrator was mentally ill. However, a mental health assessment concluded Tawfiq – a former member of Gamaa Islamiyah who has previously spent time in jail on terrorism charges – had ‘no signs of psychological disorder’ and was ‘fully cognisant’ during the attack. Tawfiq appeared in court confidently flashing V for victory signs, chanting Allahu Akbar, and quoting the Quran. On 18 May Tawfiq was deemed guilty of first-degree murder and sentenced to death. Before it can be enacted, a capital punishment must be approved by the Grand Mufti. On 11 June Egypt’s Grand Mufti Shawky Allam indicated ‘no objection’. While the death sentence can be appealed, the fact that punishment – as distinct from ‘reconciliation’ – is being demanded, is a positive step towards the ending of impunity. Please pray. 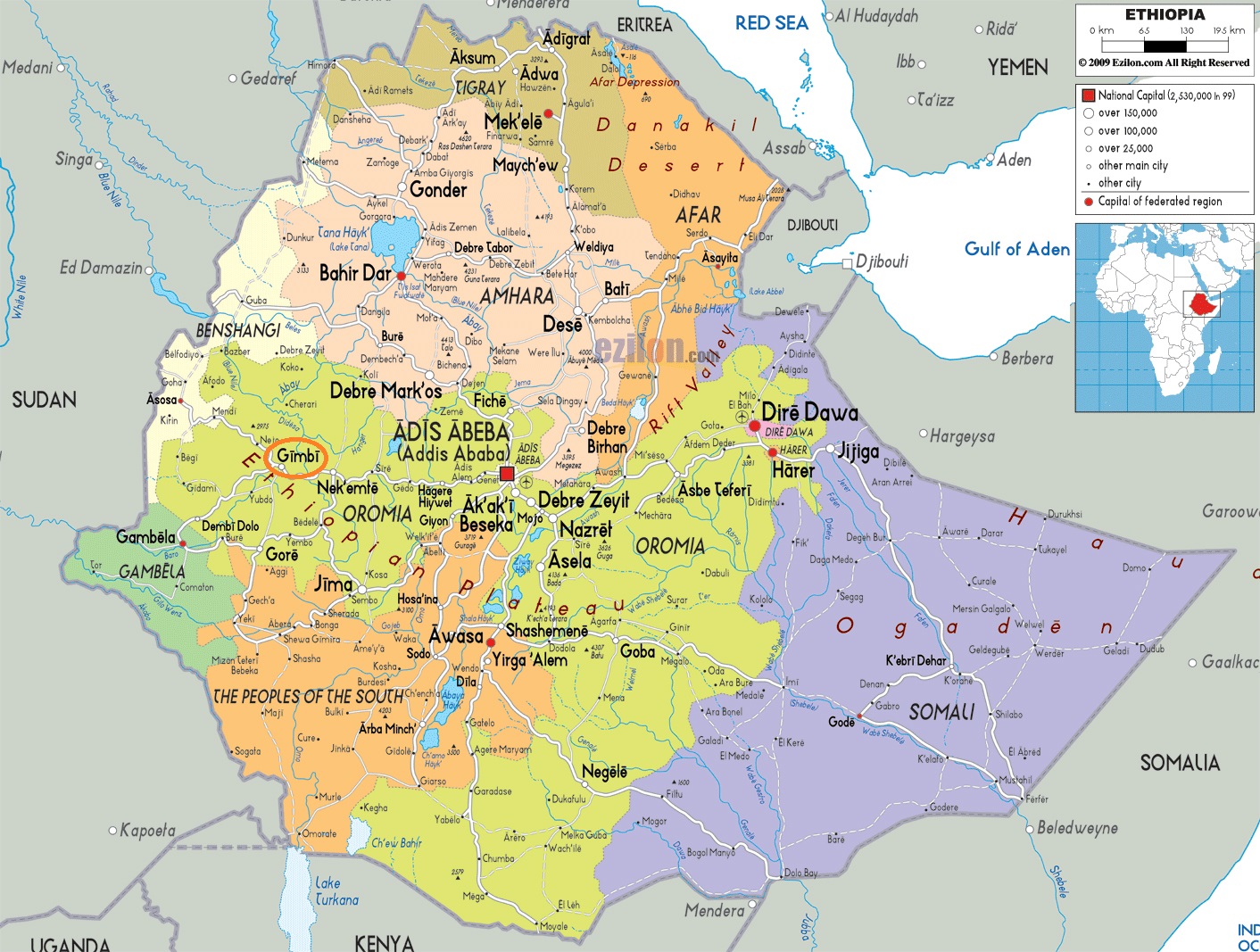 Also known as Abyssinians, the Amhara are overwhelmingly Christian, with most being members of the Ethiopian Orthodox Church, established in the 4th Century. On Saturday 18 June at around 9am, Oromo militants descended on the predominantly ethnic Amhara village of Tole in Gimbi Woreda (district), West Wollega zone, Oromia Region (435 km by road due west of Addis Ababa). During the four-hour assault the terrorists fired indiscriminately at residents and reportedly torched several houses. On 20 June Borkena reported: ‘While the effort to locate and bury the bodies of victims is still ongoing, our sources confirmed at least 378 Amharas were killed...’ Days later, Addis Insight reported ‘that more than 1600 people had been killed in the attack and that 900 bodies had been buried’. A further 2000 have reportedly fled their homes. The militants also abducted an unspecified number of people, whose whereabouts remain unknown. 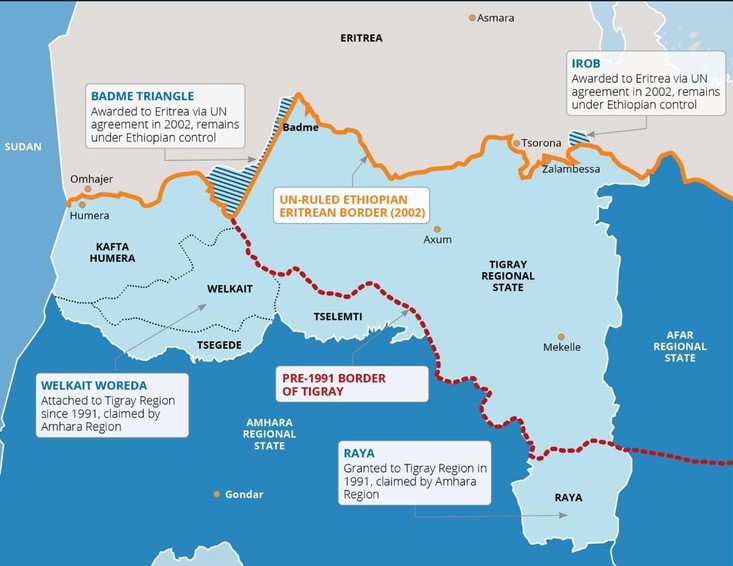 Whilst the threat to Addis Ababa has diminished, the ethnic cleansing of minorities appears to be gaining pace. Those most at risk are the overwhelmingly Christian ethnic Amhara, especially those Amhara who live as ethnic minorities outside of Amhara Region or in the 'disputed territories' of Welkait and Raya (Amhara farmlands annexed into a Greater Tigray by the TPLF after 1991, liberated by the Amhara in 2021). Tensions between the Amhara and the Abiy government are at boiling point, especially as the government moves to disarm the Fano (an Amhara volunteer defence force established in 2021) and arrest more than 4000 Amhara dissenters. Many fear the Amhara are being sacrificed as PM Abiy works to appease his Oromo base, and broker a deal with the TPLF and its backers in the US Biden-Blinken administration which is ready to enact sanctions if it does not get what it wants (which seems to be the Balkanisation and disintegration of Ethiopia). Either way, the Amhara lose! Please pray for Ethiopia, for PM Abiy and for Ethiopia’s imperilled Amhara Christians.

On 8 June Christian brothers Qaiser Ayub (45, father of three)and Amoon Ayub (42, a music teacher), were informed that their appeal against their death sentences had been rejected. The brothers from Lahore will remain on death row. A case was registered against the brothers in June 2011, after Muhammad Saeed told police that he had found blasphemous content on the brothers’ website. The brothers were arrested and jailed in 2014. Their appeal, which had been pending since December 2018, was finally heard on 28 February, but the verdict not released until 8 June. The brothers, have always maintained their innocence, insisting Muslim associates Zaryab Sheikh and Sheraz Qureshi – with whom the brothers had a dispute – revived an old website under Amoon’s name and posted the blasphemous content to frame the Christian brothers on a false charge. There is no evidence to indicate the brothers ever posted any blasphemous content. According to their lawyers – Khurram Maan, of the European Center for Law and Justice (ECLJ), and Tahir Bashir of the Centre for Legal Aid, Assistance and Settlement (CLAAS) – the judge simply refused to believe that another person could have done it. Please pray that the Lord will sustain the Ayub brothers, grant wisdom to their lawyers, pierce the conscience of their persecutors, and embolden Pakistan’s judges to rule justly.

On 29 May, (Miss) Hawa Amoti (28) of Nansana, Wakiso District, on the outskirts of Kampala, in Uganda’s Central Region, died due to injuries inflicted by her father. After having several dreams about the Lord Jesus, Hawa visited a Christian neighbour on the morning of Sunday 29 May. After learning about Jesus and embracing the Gospel, Hawa went to church and worshipped her Saviour with fellow believers, staying with them for the rest of the day. When Hawa arrived home, her Muslim father, Haji Shariifu Agaba, flew into a rage, grabbed a knife and stabbed her in the eyes to ‘stop [her] seeing churches forever’. Neighbours rushed to Hawa’s aid and got her to hospital where she subsequently succumbed to her injuries. Morning Star News reports, ‘Community leaders in Nansana condemned the attack and vowed to arrest and charge Agaba.’ No amount of justice will bring Hawa Amoti back. However, fewer Christian converts, pastors, evangelists and apologists will die if impunity were to end and justice prevail. Please pray.