BACKGROUND: In September 2001 the Eritrean government closed all private media. It then rounded up its critics – members of parliament, senior government officials and independent journalists – and silenced them; many simply disappeared. In May 2002 the Eritrean government officially closed all churches other than the Eritrean Orthodox, Roman Catholic and Mekane Yesus (Evangelical Lutheran) denominations. Initially those most impacted belonged to the country’s now-banned Protestant mission churches whose congregations have grown and multiplied. In 2004, after Orthodox leaders criticised regime policy, persecution spread to the Orthodox Church. In 2019, after Catholic leaders criticised regime policy for the second time, persecution spread to the Catholic Church as the regime seized its medical clinics and started a process of seizing its schools. 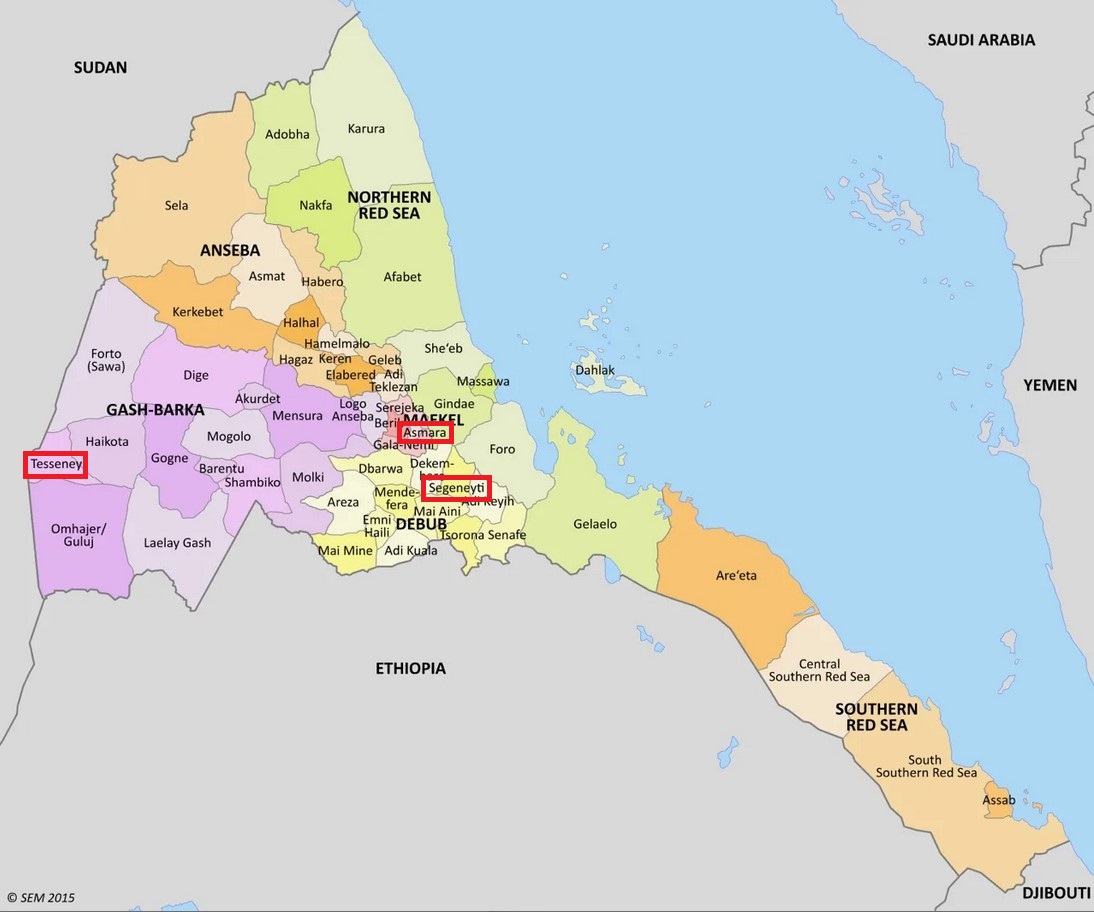 On 11 October 2022 Eritrean security agents detained Abba (Father) Mihretab Stefanos, the parish priest of St Michael’s Church in Segheneyti, a town some 60km south-east of the capital Asmara, in Eritrea’s Debub/Southern Region. Significantly, Awate.com reports (19 Oct 2022) that the regime recently confiscated the St Michael Elementary school in Segheneyti. On 12 October the regime detained Abba Abraham Habtom Gebremariam, the deputy parish priest in charge of students at the Capuchin Society in Teseney, a market town some 530km west of Asmara in Eritrea’s western Gash-Barka Region. Then, on 15 October, Abune (His Excellency) Fikremariam Hagos, the first Bishop of the Catholic Eparchy (diocese) of Segheneyti, was arrested at Asmara International Airport as he returned from a visit to Europe. A source told Catholic media that the three Catholics stand accused of highlighting Eritrea’s human rights abuses in their homilies/sermons. Sources believe that all three Catholics are being held at the notorious Adi Abeito prison on the northern outskirts of Asmara.

Since the religious repression was launched in May 2002, many thousands of Eritrean Christians (mostly Protestants) have endured incarceration because of their faith. Some leading Christians arrested in 2004 remain incarcerated to this day, including Pastor Haile Naigzhi, a leader in Eritrea’s Full Gospel/Kale Hiwot Church; Dr Kiflu Gebremeskel, a leading figure in the Full Gospel Church of Eritrea and chair of the Eritrean Evangelical Alliance; and Fathers Gebremedhin Gebregiorsis and Tekleab Menghisteab, two Orthodox priests arrested allegedly for being involved in the Church’s ‘Medhane Alem’ (‘Saviour of the World’) Bible study and renewal movement. An estimated 500 Christians are currently incarcerated because of their faith, including Father Kiros Tsegay – an American citizen who has ministered in Florida for 25 years. Father Kiros was arrested in October 2021 while visiting Eritrea to organise a memorial service to mark the first anniversary of his mother’s death. [NOTE: The Biden administration’s deep ties to the TPLF mean it might be best if Florida takes the lead in advocacy in this case.] 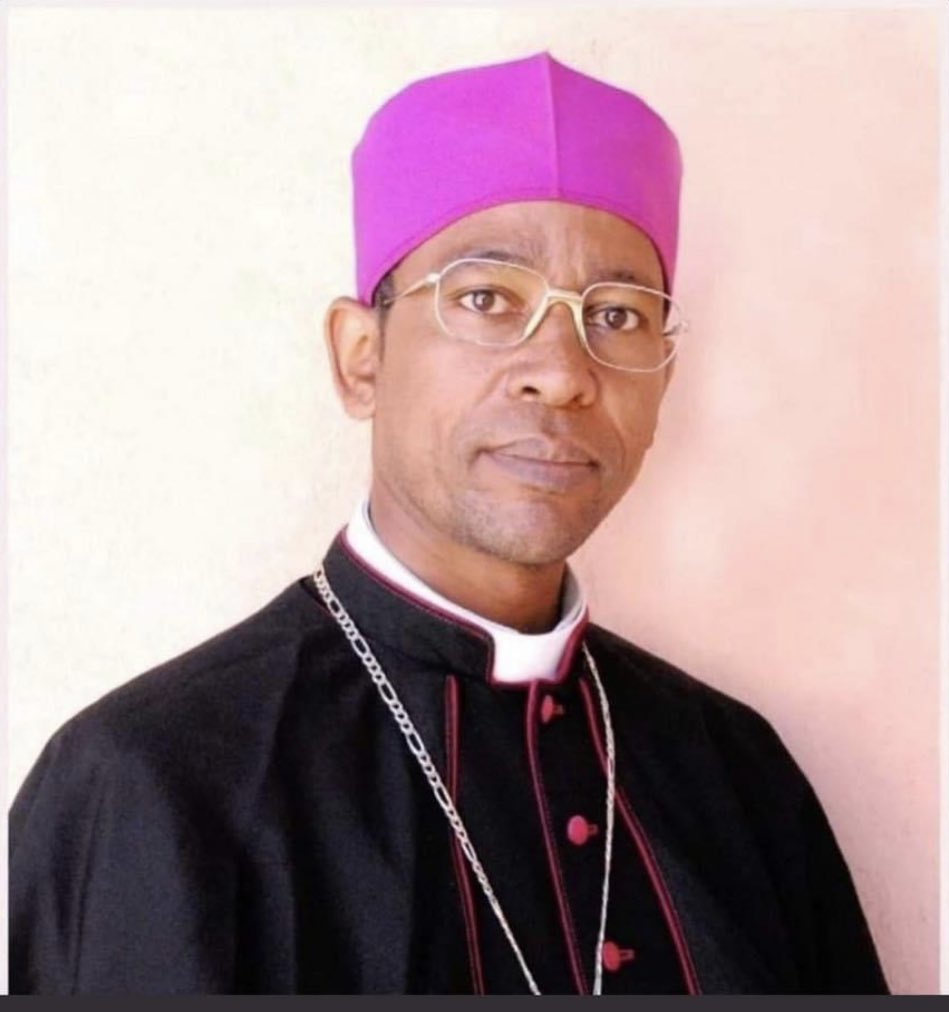 For prisoners – be they political or religious dissidents, or citizens fleeing compulsory and unending military service – conditions are extremely harsh. While many prisoners – complete with lice, festering wounds, diarrhea and various infectious diseases – are held in overcrowded cells, others are held in shipping containers or underground pits. Slave labour and torture are routine. Many prisoners simply disappear. The repression is such that Eritrea has earned the reputation of being ‘Africa’s North Korea’.

Much like North Korea’s President Kim Jong-un, Eritrea’s President Isaias Afwerki has long tied the regime’s extreme and brutal repression to the lack of peace, the perpetual threat from across the border, and the need to remain on a permanent war footing. However, now that Eritrea’s (and Ethiopia’s) greatest enemy – the Marxist-Leninist separatist and expansionist [Note:  Image is in Tigrinya language] Tigray People’s Liberation Front (TPLF) – has been defeated on the battlefield [see RLPB 670 (9 Nov)], Afwerki no longer has any excuse. However, can a leopard change its spots? Of course not! Neither can Afwerki or the regime he leads change their wicked nature (see Jeremiah 13:23). Eritrea still needs a divine intervention.