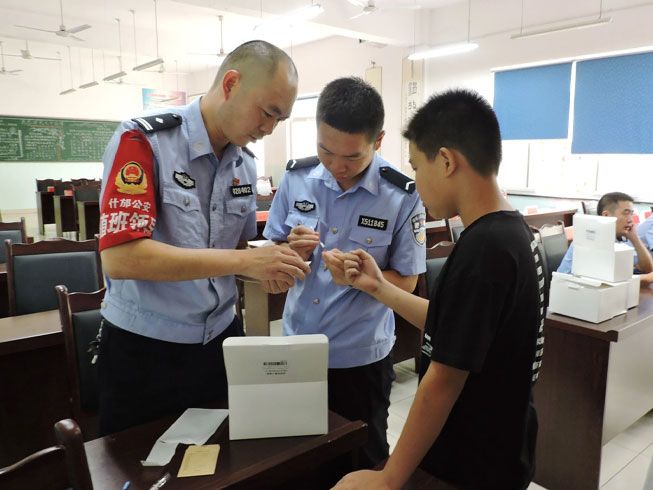 Chinese police were tasked to collect mandatory blood samples from up to 70 million – 10% of all men and boys – as the high-tech surveillance state builds a “DNA Skynet” of the country’s 700 million males, raising fresh persecution concerns for Christians and other marginalised groups.

The powerful genetic mapping tool, compiled from samples collected since 2017, will join up with China’s existing countrywide video-surveillance network and be capable of tracking every male relative of any individual man from a sample of his genetic material. Only 5-10% of the male population needs to be sampled in order to build a complete genetic map, because one sample unlocks the identity of all related males.

The “Skynet” surveillance system was denounced in a recent report by the United States Commission on International Religious Freedom (USCIRF) for targeting minorities and “amplifying the repression” of religious communities.

Despite USCIRF ranking China as a “country of particular concern” in its annual report, it was US company, Thermo Fisher, that supplied Chinese police with tailor-made genetic testing kits for the vast programme. One testing kit designed by the company identifies genetic markers used to distinguish between China’s ethnic groups, including Uighurs and Tibetans.

The Chinese government already holds the largest DNA archive in the world comprising of some 80 million profiles, according to official state media, including genetic data from Uighurs and other ethnic minorities considered to be “potentially destabilising”.

Government surveillance systems rolled out since 2015 use sophisticated artificial intelligence and biometric technologies to target specific groups and minorities. The advanced facial recognition system deployed on the network is believed to be capable of distinguishing between the faces of different ethnic groups to single out Uyghurs, Tibetans and other minorities. Authorities have also collected fingerprints, voiceprints and other biometric data from religious communities without their consent.

Any individual who refuses to give blood samples risks their family being listed as a “black household”, according to one computer engineer from northern China. This would mean he and his relatives would be barred from benefits such as travel and hospital treatment.

The move to combine video surveillance with big data has been described as a “major escalation” of the Chinese Communist Party’s efforts to control citizens. Human rights experts have warned that the ability to easily identify close relatives could be used for social control purposes such as whole families being punished for the actions or dissenting beliefs of one individual.

The continuing nationwide crackdown on the Church by authorities in China has seen hundreds of “house churches” (i.e. unregistered congregations) and state-sanctioned “three-self” churches forcibly shut down. Increasingly repressive measures have included violent police raids, thousands of arrests and detentions, imprisonment of pastors and forced installation of surveillance camera inside some churches. Under sinicisation (making Chinese) rules introduced since 2018, religious symbols and Scriptural texts have been removed from display by authorities and replaced with the Chinese flag, portraits of president Xi Jinping and Chinese Communist Party slogans.