The threat of the coronavirus pandemic is beginning to recede in many regions; some drugs are proving effective, a vaccine may be found or humans may gradually build immunity to the virus. But the global impact of the Covid-19 crisis looks set to change our world forever. We explore ten significant geopolitical and social changes likely to have a major impact on the global Church and especially on persecuted Christians. 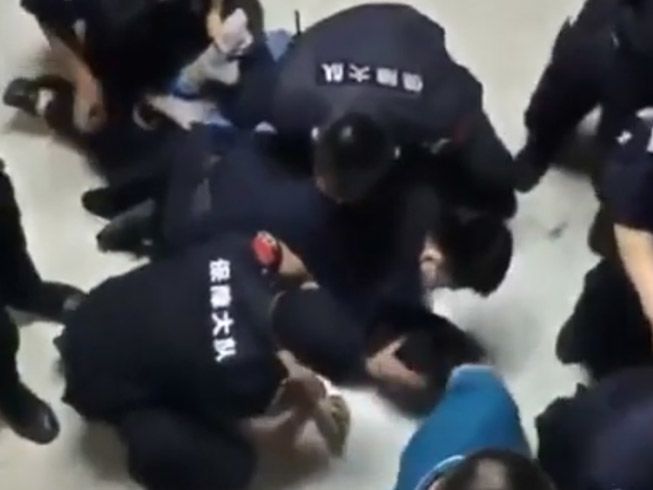 Police in China wrestle a Christian to the ground as they break up a worship service at a church in Xiamen city in May, as part of the communist government’s escalating authoritarian crackdown on Christians

1 The rise of authoritarian governments

But coronavirus is an emerging disaster on a fully-global scale we have not seen before. Some governments have responded by imposing harsh regimes on their citizens. Many of these restrictions were necessary in the short term to control the virus. But will governments be ready to relinquish the extra powers they have enjoyed in recent months? Or will they seek to consolidate these far-reaching controls over our daily lives and even enshrine them in permanent laws? If so, there is the risk that such powers could be used against religious minorities, and particularly Christians. 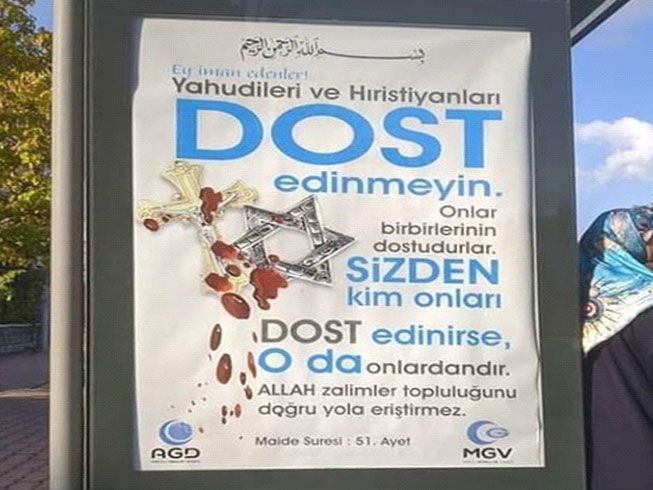 Chilling billboards displaying a quote from the Quran declaring that Muslims should not befriend either Christians or Jews appeared in the Turkish city of Konya in late 2019, a sign of growing intolerance and rise of Islamisation under of President Recep Tayyip Erdogan

2 Growing nationalism, leading to racism and even xenophobia

As the stress of prolonged lockdown continues, we are seeing societies turning in on themselves. National identities, shaped by religion and culture and history, are reasserting themselves leading to nationalism. This “worship of nation” takes the view “My nation right or wrong. My nation exists at the expense of all others.” Patriotism is a love of one’s country, which all people should have. But to worship your country leads to destructive nationalism.

Since the times of the early Church, Christians have been like a “third race”, neither Jew nor Gentile, but God’s new creation. Nationalism is based on an idolatry that makes each nation its own god. But as Christians, we believe there is only one God, the universal Triune God who has created all humanity. 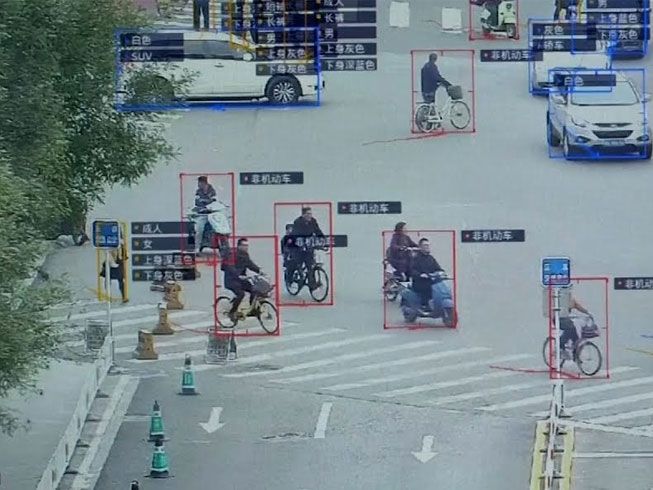 Outbreak containment measures to “test and trace” the contacts of someone suffering from Covid-19 led to the rapid deployment of new systems of digital surveillance. In the UK, for example, a special app that everyone is urged to put on their phones was rolled out. These systems are increasingly being used, not just to control the virus, but also to control the populations of certain countries, particularly in China and India.

Intrusive technologies that monitor who meets whom pose a clear risk to underground churches and Christians living in places of extreme persecution. Even in countries where Christians enjoy freedom of worship at the moment, there is the concern that such systems, if not kept in check, could be misused to target Christians and other minority groups in the future. 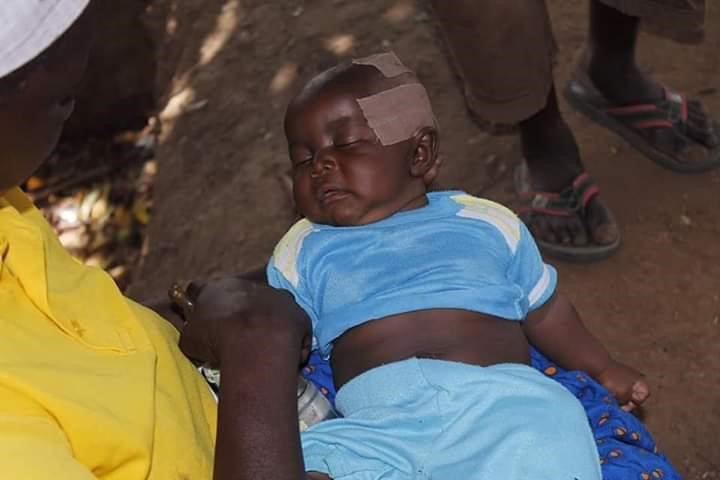 A young survivor of an attack by Fulani militants in May 2020, in which 17 Nigerian Christians were killed in Kaduna State. Attacks on Christian villages soared in recent months as extremists took advantage of the Covid-19 lockdown that kept villagers close to home and diverted security resources elsewhere

Many people have interpreted the Covid-19 world event through the prism of their own religious objectives. Some Islamist militant organisations, such as the Somalia-based terror group Al-Shabaab, declared Covid-19 to be Allah’s punishment sent on unbelievers. Their spokesman called on Muslims to rejoice in the “painful torment” inflicted on non-Muslims by Covid-19. He mocked the Somali government’s lockdown measures, which included closing mosques and Islamic seminaries. Islamic State and Al-Qaeda also celebrated the virus, describing it as a “small soldier of Allah” sent to attack his enemies.

According to reports, some even believe that fighting jihad will guarantee protection from becoming infected with the virus. Attacks on Christians in Nigeria’s Middle Belt soared during lockdown, as extremists exploited the fact that the authorities had diverted security resources to combatting the virus and Christians locked down in their homes were a sitting target. 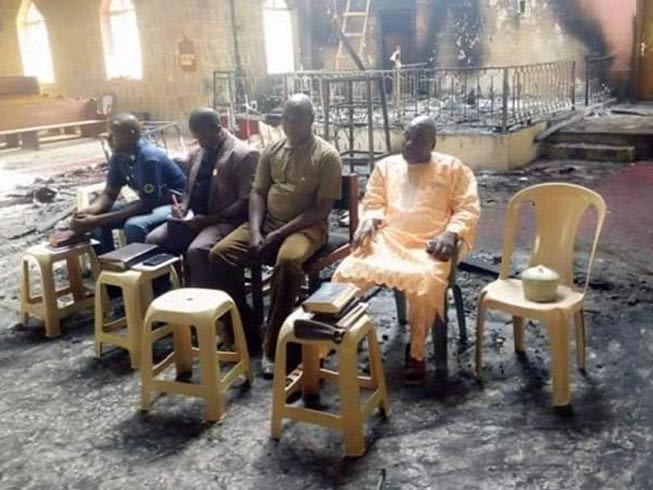 Nigerian church elders worship together amid the ashes of a church days after a devastating Boko Haram attack. Their courageous stand demonstrates that “church” isn’t just the building razed down, but the Christians living are the body of Christ’s Church

As Christians, we follow One who is the Way, the Truth and the Life. It is very sad when Christians naïvely believe falsehood and then disseminate it to others. As Jason Mandryk, of Operation World, wrote: “Having faith in the unseen does not excuse us from the responsibility to be mature in our thinking. Anticipating a new heaven and new earth does not give us license to endorse the destruction and suffering of this one. Understanding that the world system and the powers and principalities operate beyond the mundane does not mean that every wild speculation is true!”[1]

Current events can be interpreted from a spiritual and eternal perspective, but Christians must maintain their testimony as people of truth and love. Christians believing and circulating unfounded conspiracy theories can damage the reputation of the Church.

We must remember, too, that minorities are often scapegoated in conspiracy theories, just as Christians were falsely blamed by Emperor Nero for the Great Fire of Rome in 64 AD, which he may have actually started himself. Ultimately, what is important is what Jesus calls Christians to be and do. And the wildest of conspiracy theories make no difference to that, whether they turn out to be true or not. 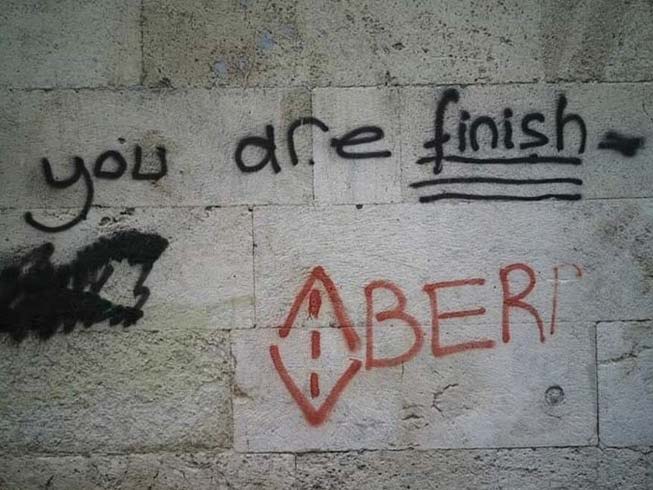 “You are finish” were daubed in English and Arabic on the walls of a church in Istanbul in 2019, a menacing reminder of the “hate attacks” that local politicians say take place several times a year against churches and synagogues in Turkey

As societies undergo the great stress of lockdown, deadly illness and the related pressures, cracks can occur in societies, leading to internal conflict and even violence. When people turn in on themselves, under extreme pressure, overreactions make small issues seem to take on gigantic proportions. Anger can erupt and unrest can rise in communities. Where societies are under pressure, historic ethno-religious loyalties and values can come to the surface. Then minorities, such as Christians, are vulnerable to blame and attack. Even if they are not targeted, Christians can be caught in the middle of a conflict between others. 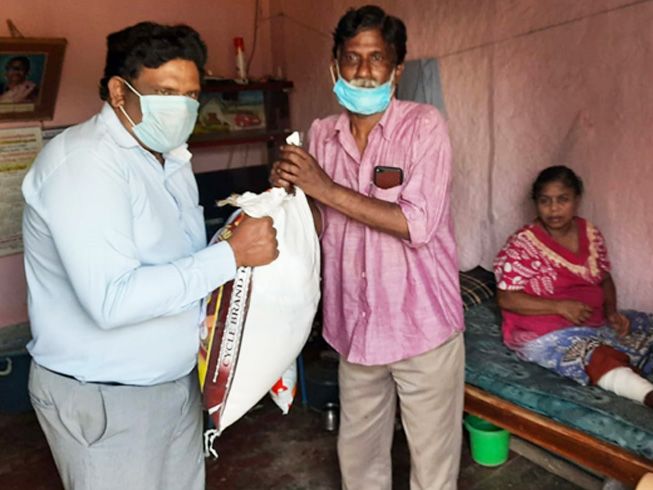 A pastor in India distributing Barnabas Fund aid to his hungry church members during the Covid-19 lockdown. Some covid-affected Indian Christian families were refused government food aid where the distribution was organised by local Hindu extremist groups

Sadly, withholding humanitarian aid as a form of geopolitical control is not new. But global crises give considerable scope for this. While it is normal and expected in many parts of the world that each religion will care for its own, governments should help all their citizens. Barnabas Fund received many reports of Christians being discriminated against and excluded from covid-related food aid. This often takes place at a local level at the point of distribution.

In certain Indian states where the BJP party holds power, for example, distributors refused to give food to Christians and especially pastors. There have been similar incidents in Pakistan, Sri Lanka and Nigeria with some Christians unable to access food aid meant for everyone. 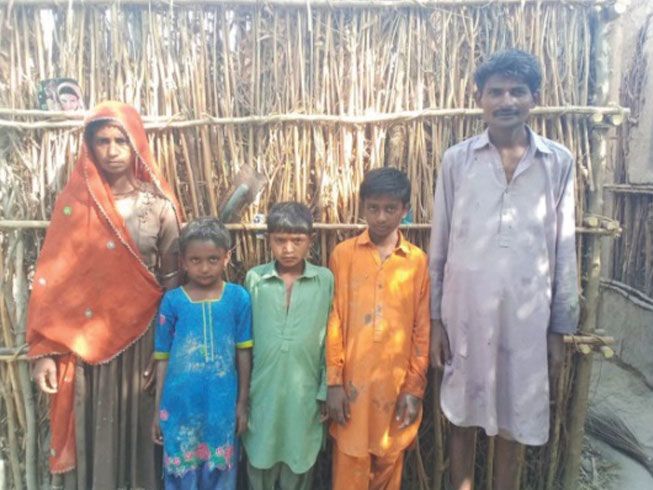 Pakistani Christian farmer Mr Pano became increasingly depressed after locusts destroyed his crops and he struggled to feed his family as his debts mounted. Then Covid-19 added to his problems. “God sent Barnabas Fund to help us,” said the father-of-three

Many are predicting a significant rise in mental health issues due to the stress of lockdown. Most Westerners are not suffering the existential difficulties of being locked down with no food in the house, but huge numbers are facing economic crises, loss of jobs, domestic abuse, depression, anxiety and even panic attacks about the virus or about the future in general. For many, bereavement has been made worse by being unable to say goodbye to dying loved ones in hospital or attend their funeral. Home-schooling their children for months has been an added stress for many. It is something many parents feel themselves ill-equipped for, which can easily lead to family tensions.

The World Health Organisation has drawn attention to the psychological impact of Covid-19 across the world in terms of elevated levels of stress and anxiety. This stress is leading to an increase in suicides. Also, many Christians are struggling to make sense of what is happening to them at this time, whether it be Covid-19, natural disaster, hunger or violence. For Christians who might normally look to their church for love, care and acceptance when struggling to cope, this support may be unavailable due to lockdown. 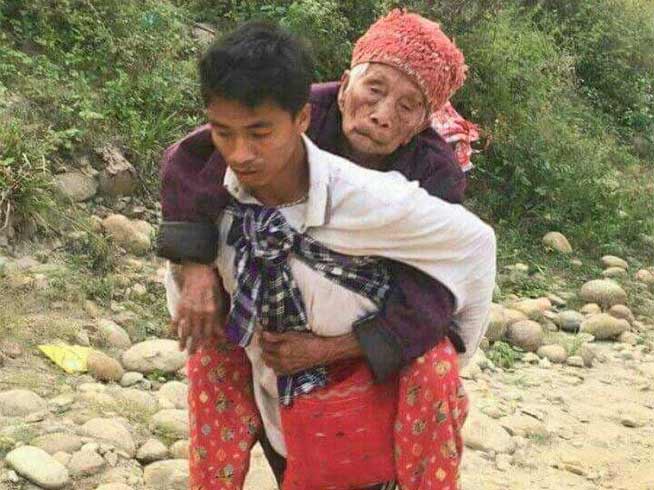 Elderly Kachin Christian grandmother, four times displaced by military bombardment in Myanmar (Burma), carried to safety by her grandson as they fled yet another attack on their village

A particular kind of mental health issue known as transition fatigue has become an increasing concern. This comes when the rapid pace of change or disruption in our lives becomes more than we can easily process or adapt to. This affects, for example, people who have been violently displaced multiple times, from villages and then even from the camps they end up in. Basic levels of social stability become very difficult and people tend to become passive and hopeless.

The rate of technological progress in the past 20 years has rightly been described as “dizzying”. But in 2020, in just a couple of months – not a couple of decades – our lives have suddenly changed out of all recognition, socially, culturally, financially and in many other ways. We are told to await a “new normal” in post-covid times. In other words, our present routines will soon change yet again. The accelerating rate of change we have lived with for a generation has suddenly gone supersonic. Most of us are suffering from transition fatigue to some degree, often without even realising why we are struggling to cope. 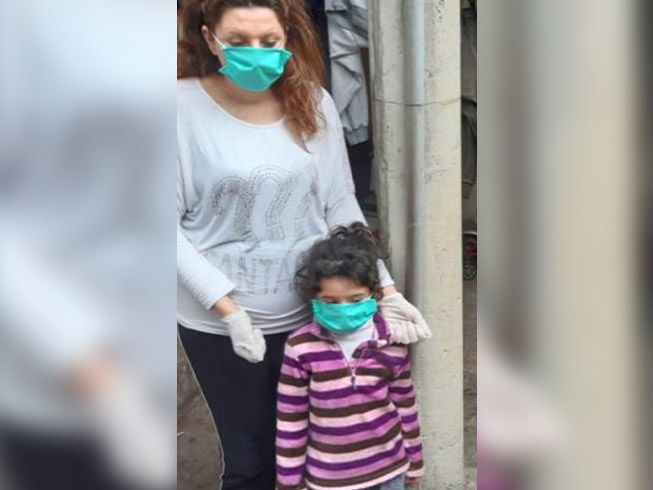 Covid-19 had a devastating impact on Lebanon’s already fragile economy. Widowed Christian Jamile struggled to support her little daughter “Lily” after her working hours were cut in lockdown until Barnabas Fund provided assistance with food and medicine

Covid-19 has created a devastating setback to economic growth across the globe. The financial impact is likely to be far greater than the 2008-9 recession. Although some predict a “V-shaped recession”, with economies quickly bouncing back, others estimate that trillions of dollars will be lost and it may take decades for the world to recover. Some industries may be irreparably damaged. As this disaster plays out, the rich are getting richer and the rest are being left behind.

In lockdown situations, where people are out of work and congregations cannot meet together in person, whether in the UK or other countries, church incomes have rapidly dwindled. This has had a knock-on effect on giving to Christian organisations and institutions. Christians in very vulnerable situations will be doubly impacted, not only by a drop in their own incomes but also by the dramatic fall of economies in the West who will no longer be able to send support at the same levels.