Saudi Arabia’s call to the UN to focus on “eliminating Islamophobia” as an outcome of tackling online racism and xenophobia sets a potentially dangerous precedent – at a level of global policy – by attempting to define as a fait accompli that “Islamophobia” is a type of racial discrimination.
UN 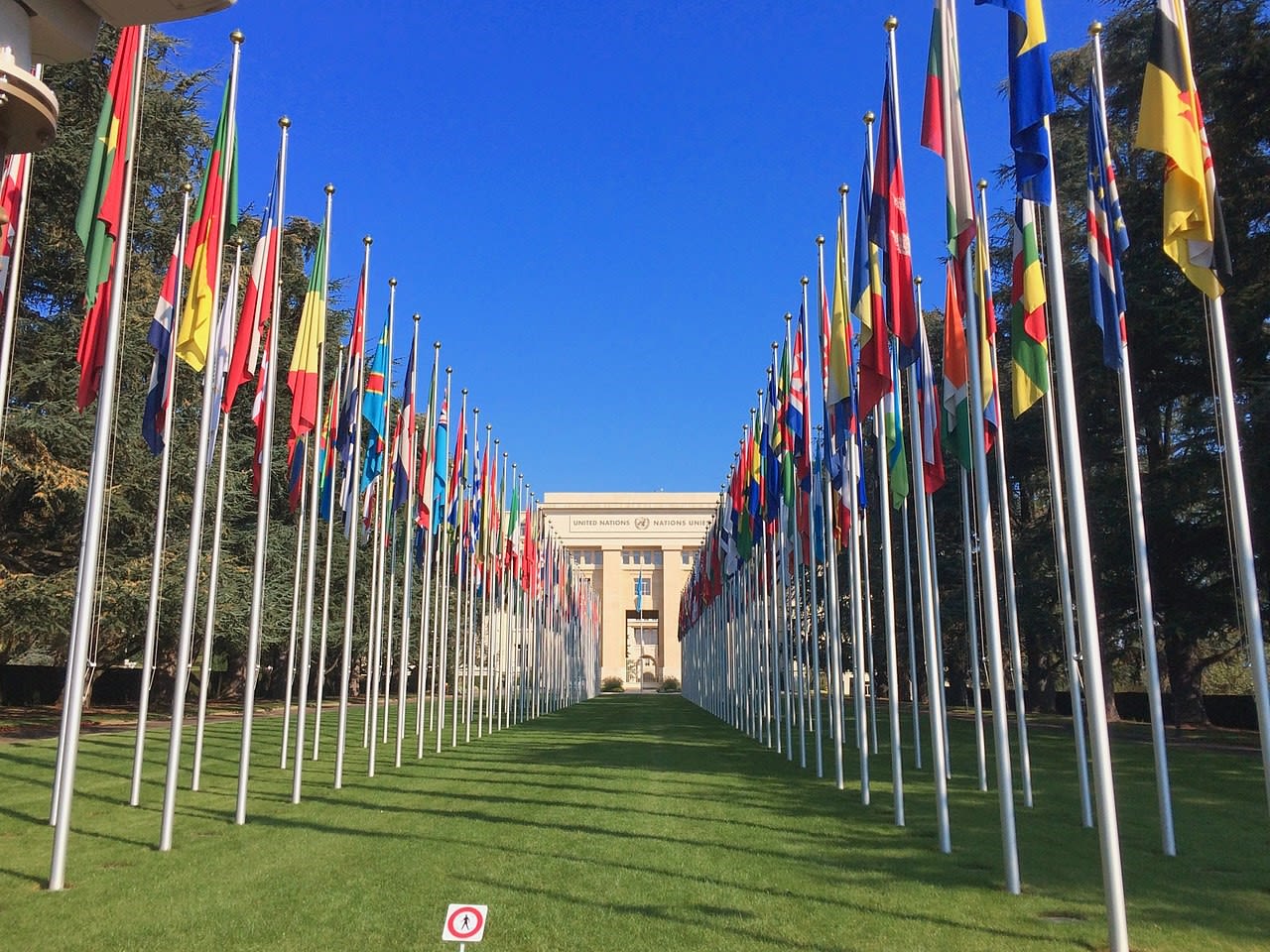 The Palais des Nations in Geneva, Switzerland, the home of the United Nations Office

While undoubtedly racism and prejudice are to be found on the internet, this seems a disingenuous call from the closed sharia kingdom, which promotes its own strict Wahhabi interpretation of Islam worldwide, where Christians and Jews are presented as enemies in school textbooks and jihad is encouraged as a means of spreading Islam. It remains a capital offence for a Muslim to convert to Christianity in Saudi Arabia.

Meshaal Bin Ali Al Balawi, Saudi's Head of Human Rights at the United Nations Mission in Geneva, addressed the Human Rights Council, flagging the internet as a “space for practicing racism” as he called for the UN to work towards finding a “solution”.

Al Balawi explained that, in Saudi Arabia, “spreading ideas based on racial discrimination and inciting racism and hatred using information technology … is a crime, whose perpetrator is punished according to the laws of the kingdom”. Penalties include imprisonment, substantial fines up to $133,000 (£102,900; €113,360) or both.

The concept of conflating any criticism of Islamist orthodoxy with racism could potentially lead to serious and repressive consequences worldwide, especially for Christian converts from Islam, should the UN be found willing to take up the Saudi stated cause to “prohibit racial discrimination in all its forms”, as promoted under the kingdom’s "Vision2030" framework.

In 2019, Yahya Cholil Staquf, general secretary of the world’s biggest Muslim organisation, Indonesia’s Nahdlatul Ulama movement, asserted that Islamophobia is not rooted in racism and that the distrust of Muslims in many countries is a result of Islamist extremism and terrorism throughout the world.

The influential cleric wrote, in the UK’s Daily Telegraph, that the All-Party Parliamentary Group definition was “factually incorrect” in linking Islamophobia with racism, and that it was “counter-productive” to do so. He warned that that the traditional Muslim mindset “needed to change” and called for a rejection of “obsolete and problematic” Islamic orthodoxy, condemning it as “fuelling violence on both sides”.
Erdogan 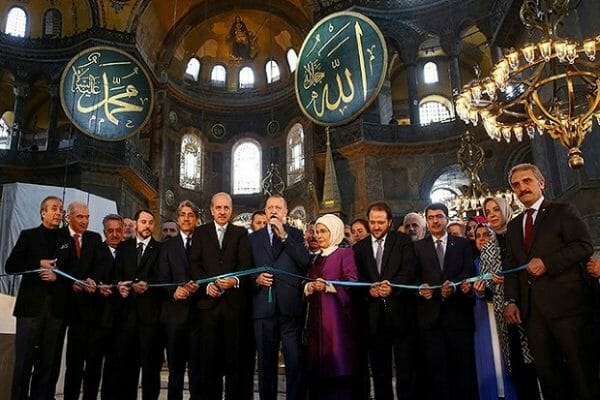 Tens of thousands gathered inside and out as Erdogan himself boldly recited Islamic prayers last Friday from inside the 900-year-old Christian landmark basilica, as it officially reopened as a mosque. The moment, in effect, declared the end of Turkey’s secular state system founded by Kamal Ataturk in the 1920s, and the culmination of Erdogan’s long process of Islamisation and Ottomanisation.

Ali Erbas, the Turkish Head of Religious Affairs, mounted the pulpit with a sword in his hand during the reopening of Hagia Sophia as a mosque, a symbol of conquest in the Ottoman tradition

The ascent of Turkey's head of Religious Affairs, Ali Erbas, to the pulpit sword in hand invoked the traditional Ottoman-era “right of the sword” – a gesture of conquest – highlighting the subjugation mentality of the Turkish government.

This symbolism of an increasingly confrontational rhetoric, which led to a chilling anti-Christian and anti-Jewish official poster campaign last year, is not lost on those flagging the rising discrimination and hostility against Christians and other religious minorities in Turkey.