Nigerian Christians and church leaders gathered outside the Nigerian High Commission in London, on 20 August, to demonstrate against Fulani militants’ slaughter of Christians in Kaduna State, before submitting a letter protesting the relentless attacks on communities by Fulani militia.

The peaceful protestors carried banners stating, “Stop the Killings,” “Enough is Enough,” and “Justice for South Kaduna Christians”, as they chanted “It’s not a conflict, it’s a genocide” and “Our lives matter”. 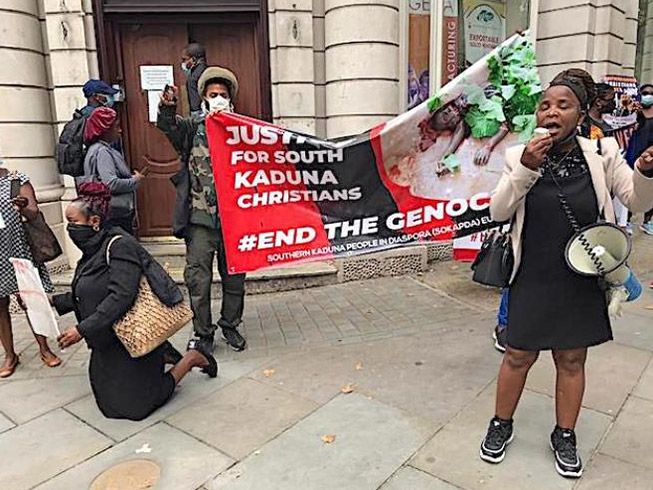 The letter, submitted under the umbrella of the Southern Kaduna Peoples Diaspora (SOKAPDA), accused the international media of “a conspiracy of silence” regarding the deadly spate of violence that spiked this year resulting in the loss of more than 200 lives in Kaduna State since the beginning of July. The group called on Nigerian President Muhammadu Buhari to declare the Fulani militia a terrorist organisation.

The SOKAPDA protestors plan to deliver further letters of protest to the UK Parliament and Prime Minister Boris Johnson in Downing Street.

The group criticised a recent television interview by Nasir el Rufai, the governor of Kaduna State, in which he seemed to blame the people of southern Kaduna for the killings when he stated, “they organise these killings and then, their leaders are invited by the governor, they wine and dine and they are given brown envelopes.” He went on to accuse the Christian community’s leaders of raising “a spectre of genocide … so they can get donations and money into their bank accounts from abroad.” Governor El Rufai added that his administration is “compiling evidence” to arrest them.

In a response to the governor’s controversial interview, which has been widely condemned, the Nigerian Bar Association (NBA) withdrew his invitation to be keynote speaker its 60th Annual General Conference in August. 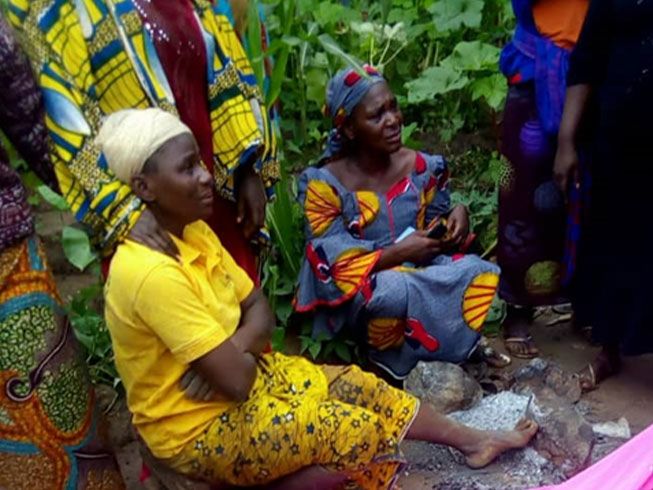 Women mourn 21 Christians killed at a wedding celebration on Sunday, 19 July in southern Kaduna State. It was one of a series of Fulani militant attacks that led church leader Stephen Baba Panya to lament, “It is as if the lives of Christians no longer matter.”

In the meantime, the slaughter of Christians in southern Kaduna is continuing under an ongoing 24-hour regional curfew, which limits the movement of citizens but has failed to control the violent rampage of the heavily armed Fulani militants. The deployment of special military forces in the state has also done little to curb the violence and witnesses have reported that military and security personnel stood idly by during multiple night time attacks in early August that saw at least 33 Christians killed.

A Nigerian church leader told Barnabas after the massacre of 32 believers, including 21 guests at a wedding, in a two-day Fulani militant attack on 19 July, “it is as if the lives of Christians no longer matter”.

In early August, the Southern Kaduna People’s Union (SOKAPU) sent a letter to the International Criminal Court (ICC) in the Hague asking for it to act now against the “pernicious genocide” in northern Nigeria. The Nigerian Christian leaders’ statement also highlighted that around 50,000 Christians have been displaced from rural communities by the violence. The letter appealed to the international community and “men and women of conscience all over the world” to come to the aid of Christians facing “what looks like a government sponsored genocide” in southern Kaduna State.