Human rights charity, Amnesty International, has been forced to halt its work in India after the government froze its Indian bank accounts on 10 September.

The global rights campaigner has laid off staff and paused all advocacy and other work in the country, accusing Prime Minister Narendra Modi’s government of running a two-year crackdown and “witch hunt” against it. 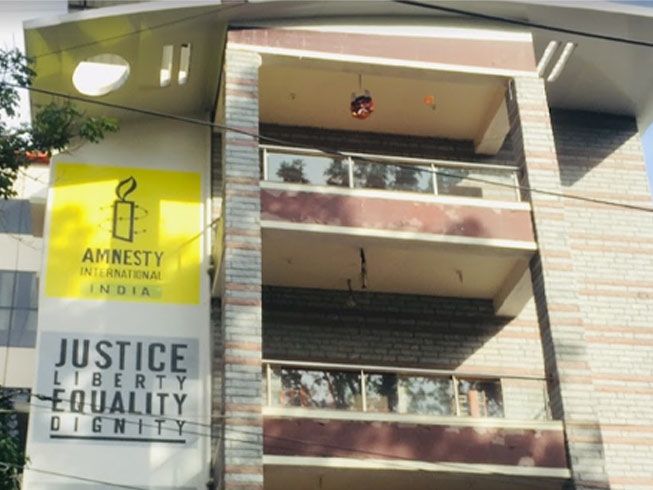 Rights charity Amnesty International has been forced to halt work at its India headquarters in Bangalore, accusing the government of a "witch hunt" against it

The Indian government alleges financial wrongdoing at Amnesty, which the organisation denies, saying the accusation is “maliciously activated”. “For a movement that has done nothing but raise its voices against injustice, this latest attack is akin to freezing dissent,” said Avinash Kumar, executive director of Amnesty International India.

Kumar said the “constant harassment” of Amnesty is the result of the group’s “unequivocal calls for transparency in the government”.

In August, Amnesty accused New Delhi police of “grave human rights violations” during riots involving Hindus and Muslims in February 2020. The violence, which claimed at least 53 lives, broke out as anger flared over Prime Minister Modi’s controversial new Citizenship Amendment Bill, which was passed in December. Amnesty has also accused the authorities of violations in Indian-administered Kashmir.

In December 2019, the CIVICUS Monitor downgraded India’s status from “obstructed” to “repressed” and warned that essential civic freedoms including freedom of expression, freedom of association and freedom of peaceful assembly are now severely restricted.

Despite India’s constitutional guarantee of freedom of religion, Christians and other non-Hindu minorities are at increasing risk of being prevented from freely assembling together for events or public worship and face restrictions on openly expressing their faith. Violence and hate crimes against Christians, often perpetrated by Hindu nationalist extremists, rose in India in 2019. The Evangelical Fellowship of India (EFI) recorded 366 incidents last year, compared to 325 incidents in 2018.