HYDERABAD, India (Morning Star News) – A Christian and his 20-year-old son have taken refuge at an undisclosed location since an attack on Sept. 2 in Chhattisgarh state left the father with permanent damage to his hearing, sources said. 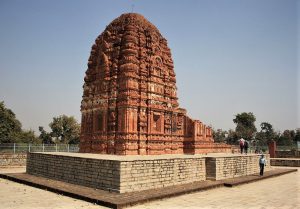 Jagra Kashyap, 45, and son Asharam Kashyap had to leave their families at home in Badrenga village, Bastar District, as they fear for their lives if they return, pastor Vishwanath Kawasi said.

“Their families back home are also feeling unsafe, but if Kashyap and his son return there, they could be attacked any time again,” Pastor Kawasi told Morning Star News.

Demanding that Kashyap and his son renounce Christianity and return to Hinduism, a mob of about 60 Hindu extremists stormed their home at 10:30 a.m. and struck the elder man’s ear until it bled while delivering severe blows to his son’s back, the pastor said.

Doctors at the district government hospital said the impairment to his ear is permanent, and that he will need a hearing aid the rest of his life, according to an allied lawyer for legal advocacy group Alliance Defending Freedom India.

Pastor Kawasi said more than 10 Christian families in the village have come under attack in the past month.

“Only seven or eight members muster the courage to attend Sunday worship service,” he told Morning Star News. “The village president and elders from the village go door-to-door threatening Christians to renounce their faith and partake in rituals of purification to return to Hinduism.”

Cases of forcefully pressuring Christians to convert back to Hinduism have been taking place at a rapid rate, Pastor Kawasi said.

“Just this week I have seen meetings of Adivasis vowing to protect the indigenous culture from being ‘polluted’ with Christian faith,” he said. “All this is not happening on its own; these steps are deliberate and funded by some prominent people in politics and a well-strategized effort to target the home churches in the remotest parts of the state.”

Police have done nothing to protect religious freedoms of tribal Adivasis who become Christians, he added.

“We tried writing to higher police officials about the ongoing attacks on Christians, but they have remained unresponsive,” Pastor Kawasi told Morning Star News. “The court seems to be our last resort now.”

ADF India’s allied lawyer helped the victims prepare a petition to Bastar District police officials, but officers said they will not register a First Information Report (FIR) unless eyewitnesses come forward to record statements. Witnesses fear they will come under attack from Hindu extremists if they give police statements.

“The next step is to move an application before the magistrate asking him to direct the police officers to register a case and investigate the matter,” the lawyer said.

Following a Christian woman and her 18-year-old daughter on their way home after a Sunday church service in Potiyadih village, six members of the Hindu extremist Bajrang Dal on July 12 knocked on their door and said they would be beaten to death if they did not stop attending church, pastor Narottam Yadav said.

“After threatening and harassing them for a long time that day, the drunk activists dragged the 18-year-old out of her home and demanded she reveal to whom had their family shared about Christ, and where in the village had they distributed the Bibles,” Pastor Yadav told Morning Star News. “They forcefully took her to each Christian’s home and told her to collect the Bibles. Her family was terrified and pleaded for them to let her go, but they insisted that they want to know who all in the village possess the Bibles.”

The next morning, July 13, village officials went to the Christians’ home and warned them that they must renounce their Christian faith, he said.

“They have also told the Christians in the rest of the village to stop going to church and return to their formal faith,” Pastor Yadav said.

He and other Christians filed a complaint at the Rudri police station as the village Hindus continued harassing Christian families the rest of the month, and soon local news media were broadcasting and publishing false reports that he had been fraudulently converting Potiyadih villagers by inducement, he said.

“They have issued a video statement that a person by name of Narottam Yadav is the main accused in the conversion racket going on in Dhamtari District villages,” Pastor Yadav told Morning Star News. “They have also widely circulated long messages on social media that cases should be filed against Narottam Yadav, and that I’m the culprit propagating Christianity among the rural population and attracting them to Christ by offering them gifts. It is false.”

Meantime, the Bajrang Dal members followed the 18-year-old Christian and her 13-year-old sister everywhere they went throughout August, making them feel extremely unsafe, he said.

“They passed sexually colored remarks and teased the girls, threatening that they will follow them until they stopped following Christ,” Pastor Yadav said. “Again, we reported to the police and requested them to take action, but there was no proper response from them. So we had no other option but to stop gathering for worship for the time being.”

The same extremists from the Bajrang Dal stormed into the home of a Christian mother, Shailendri Dhruv, while her husband was away at work the night of Aug. 31, he said.

“They created a ruckus as the children trembled in fear,” Pastor Yadav. “They were heavily drunk and attempted to attack the Christian mother and her children. They threatened them that they would be brutally beaten to death that night if they did not stop going to church and renounce Christ.”

The next morning the Hindu extremists returned and issued threats that they would come back with a larger mob to see them murdered, he said.

“The situation in Potiyadih has turned a bit okay, but Christians have stopped worship services because of the threat to Pastor Yadav’s life,” the attorney said. “He wants to allow some time to see if the villagers cool off and if he could resume the worship services again, and then think of whether he should lodge a case against those who are opposing and threatening him.”

India ranked 10th on Christian support organization Open Doors’ 2020 World Watch List of the countries where it is most difficult to be a Christian. The country was 31st in 2013, but its position has been worse each year since Narendra Modi of the Bharatiya Janata Party came to power in 2014.