Elder Li Yingqiang and his wife celebrate their wedding anniversary on October 10.

(Chengdu, Sichuan—Oct. 11, 2020) Sunday morning, October 11, several law enforcement officers forced their the way into the home of Elder Li Yingqiang of Early Rain Covenant Church (ERCC) and transported him to the police station. Without presenting any evidence of law enforcement procedures, police detained Elder Li until noon. He had just returned to Chengdu in September. Other officers monitored Elder Li's wife their daughter, 8, and 5-year old son.

Although police did not subject Elder Li to violence at the police station, they insinuated they could use actions relating to his two children if he did not cooperate or if he posted the coercion on the Internet.

On the afternoon of October 7, Elder Li and his family met Mrs. Xiao of ERCC at a nearby park. After following both families, making photos and videos, officers took members, including the children, to the police station. To facilitate the long-term monitoring and tracking of Elder Li and his family, State security officials built a small house in the corridor of their rented house. This room included a single bed, living and eating areas, accented with a large flowerpot and green plants. 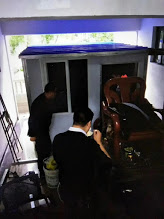 Also, on October 11, local authorities cut off electricity to the home of Jia Xuewei, another Christian in the ERCC, and detained him until that evening because he led a family cell group. December 9, 2019, marked the end of one year of surveillance of Jia’s by police. At this time, however, police again began tracking Jia as well as repeatedly threatening him, and forbidding him to participate in church activities. 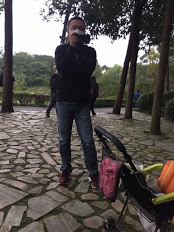 At times, since Pastor Wang Yi’s sentencing in 2019, and especially since officials closed the Early Rain Covenant Church in August this year, Chengdu police appeared to be decreasing overall monitoring of the church. With Elder Li’s return, however, they have intensified tracking of some Christians while increasing pressure on the Early Rain Church. (Yu Bing, special correspondent of China Aid Association)