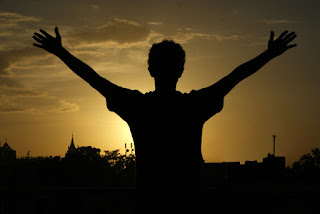 Since late September, Pastor Bob Fu, our dear brother in the Lord who has been a loyal and faithful servant of the Lord Jesus Christ, together with his family in Midland, Texas, has been under siege, insult, harassment, defame and slander by people who are unclear about the truth but were organized and instigated by Wengui Guo. Pastor Bob Fu and his family members even received horrible death threat from by Wengui Guo, which rendered them unable to return home safely and unable to live and work normally, and their life, safety, physical and mental health were seriously threatened.

The commands that God gives Christians to practice good deeds are, “the Lord has shown you what is good, oh Man. And what does the Lord require of you but to do justice, to love kindness, and to walk humbly with your God?” (Micah 6:8) Pastor Bob Fu did not violate the calling from heaven, and thus founded the China Aid Association, which provides long-term follow-up reporting of Chinese house churches and Christian individuals who are persecuted by the Chinese Communist Party, focusing on cases exposure, protection of human right and providing humanitarian aids, with the efficient implementation of “New Operation Siskin” to systematically rescue of prisoners of good conscience and their families in China, and more than one hundred prisoners have been successfully rescued and arrived in the free western world. His team has not only made great contributions to the cause of democracy in China, but also has been widely recognized and praised by the world.

Meanwhile, the “New Operation Siskin” started by Bob Fu has also posed a major threat to the CCP’s dictatorship. Therefore, Pastor Bob Fu has long been a nail in the eye and a thorn in the flesh of Xi Jinping’s government, and has become a key target of the CCP’s attack on overseas justice forces. Pastor Fu has never got any personal contact with Guo Wengui before, nor did he know anyone who participated in the siege or harassment of his family. He was only engaged in the busy rescue of prisoners of conscience and their families, but was inexplicably exposed on Wengu Guoi’s website at the beginning of this year, from personal insults and slander to recently worsened development into organized dozens of visitors haunting, besieging, with insults, harassment and discredit atrocities. This is actually an organized and planned suppression and stigmatization campaign by the CCP against overseas justice forces. The various slurs and lies of Wengui Guo and his gangs have not only lowered the overall images of millions of overseas Chinese, but also desecrated and trampled on universal values such as democracy, freedom, and human rights.

The United States is a country under the rule of law, and law and order have always been advocated by the US government, Presidents and their teams. Wengui Guo defied American laws and the normal order of people’s lives in local communities. He openly threatened the lives of a U.S. citizen and family members on the Internet with some terrifying announcements. These behaviors deem severe punishment under that laws of the United States.

We hereby solemnly appeal and urge the U.S. judicial departments to bring Guo Wengui and his gang members to justice as soon as possible, so as not to further endanger America’s freedom, democracy, and order of law!

As Christians, we have clearly realized that this is also a spiritual battle. In fact, Guo and his Gang used the Internet to frequently attack and deface the entire overseas Chinese churches and pastors, such as slandering and threatening or personally insulting Pastor Hong Yujian and Pastor Zhang Boli and so on. The unwarranted attacks by the CCP and Guo Wengui’s evil forces on God’s servants Pastor Bob Fu, Yujian Hong, and Boli Zhang are a challenge to God’s justice and an offense to our Christian faith.

As Christians, we are ashamed of the long absence of the church in the public sectors, as a result, our pastors have been attacked and humiliated by evil forces. For this reason, we deeply repent for our weakness and cowardice before God.

Dear brothers and sisters, during these important times, we must stand up bravely, to speak up for justice, and take the side of God forever, in firm support of the body part of our dear Lord’s, Pastor Bob Fu, and pray to cover those body parts who were attacked by the evil forces.

In the name of the Lord Jesus, we rebuke all the dark forces of Satan to retreat and leave. At the same time, we also urge those who have been deceived by Guo Wengui to stop the attacks and harassment to Pastor Fu and his family. We hope that you will quickly return to the right path from where you were lost, refrain from further falling into the trap, reject the evil of worshiping man as God and wantonly attack God’s servants, repent and return to the true God with confession of the sin. Only by doing so can God’s wrath be ceased from pouring on you.

We call on Christians all over the world to participate in the joint signature. We are parts of the body for each other, helping each other to overcome evil with good. May God’s justice and glory fill the earth! Amen!

Signature email box: This email address is being protected from spambots. You need JavaScript enabled to view it.

Join us to advocate justice.