Detainees told “there is no God”, held in barbaric conditions in China’s “re-education” camps

A further testimony of the Chinese Communist Party’s (CCP) horrific treatment of Uighurs, and other non-atheist minorities, has emerged from an ethnic Kazakh ex-detainee who managed to escape a “re-education” centre in Xinjiang.

Ethnic Kazakhs, who have fled the camps, have spoken out describing the CCP’s notorious internment camps, officially known as “centres of professional development”, as an “anti-religion exercise targeting non-atheists”. 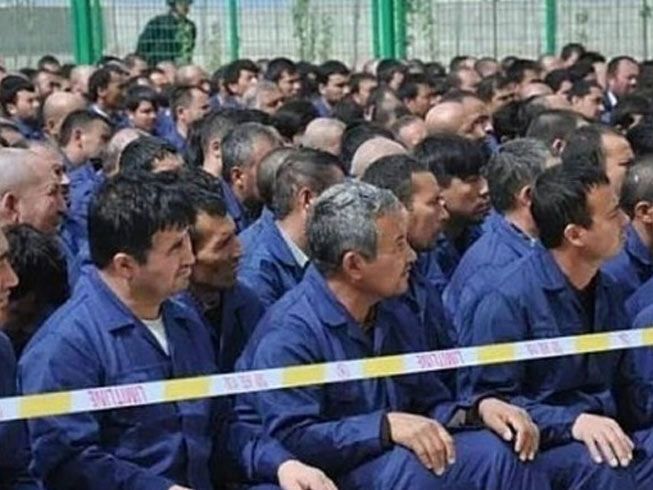 “You must be an atheist”

A Christian leader in Russia told Barnabas Fund that the situation being exposed in Xinjiang is much worse than his memories of facing persecution as a Christian in the former USSR. He highlighted that the Marxist conflict with religion is not new and always seeks to give priority to communist ideology over any other belief, whether it is Islam, Christianity or Buddhism. Everyone must be an atheist and believe in the supremacy of the communist party leaders, he explained.

While the Soviet gulags were similar to the current indoctrination-style camps in China, he suggests they are, in fact, much worse due to the constant and all-pervasive electronic surveillance which prevents even basic communication between cellmates.

Christians “did not manage to escape this hell yet”

The systematic persecution of tens of thousands of ethnic Muslims who have been interned is well documented across the media, yet little is known about the Christians and other minorities also held in the camps. “We do not have a testimony of Christians because they did not manage to escape from this hell yet. Those who could escape are those who had Kazakh citizenship or a residence permit in Kazakhstan. There are also those who crossed the border illegally,” the contact explained.

Following the harrowing report from Gulzira, an ethnic Kazakh who was detained in a woman’s internment camp for 15 months, a Barnabas contact shares the testimony of a male survivor of one of the estimated 400 internment centres in Xinjiang, a region which witnesses say has turned into “one big camp”.

The ex-detainee recalled the appalling conditions of his incarceration. “The cell had bunk beds and a toilet bucket. There was a foul smell of urine and faeces. More than ten people were constantly there – these are Uighurs and Kazakhs, one Uzbek and one Dungan each,” he explained.

“There were not enough beds for everyone, so they slept like this: on the upper shelves, one person at a time – because the beds were fragile, and the shelf could fall, on the lower shelves, two, the rest on the floor.”

Speakers blare “Mao is our star, saving the people”

The prisoners were woken at 6 a.m. each day to a CCP anthem – The East Blushes, which remains popular in China. “The [Chinese] Communist Party is like the sun; Brings light wherever she shines. Mao is our star, saving the people,” were the words that would blare from speakers in every cell.

Breakfast was “a plate of boiling water, a Chinese doughnut and a spicy vegetable supplement,” he recalled.

Lunch was “boiling water, doughnuts and porridge” made from “expired products” and dinner was a mushroom porridge. “After a while I, and others, suspected that a substance that causes impotence was added to this porridge,” he added.

Internees drilled in communism and told “there is no god”

Each day, he and his cellmates went to “school” to read from textbooks that “there is no God” and learn about the “strength of the communist party”.

The internees also studied Chinese language. “They taught pronouns, the most elementary: what I went through in school 30 years ago. The teachers walked around and checked us, and we, like children, nodded in response that we had learned everything and knew everything,” described the survivor.

Each evening, until the lights went out at 10 p.m., he and his 15 cellmates marched the 20 square metres of the cell, “as if in the army”, while the guards taunted them, saying, “There are no difficulties for a communist person.”

“China felt that we were wrong, that we believe in God”

The cells were monitored by electronic surveillance 24 hours a day, but his cellmates discovered a spot outside the viewing angle of the camera that allowed them to whisper to each other without being reprimanded.

“We learned that ‘there were no criminals among us’,” explained the ex-detainee, “But China felt that we were wrong, that we believe in God, that we travelled to other countries and lived abroad.”