The minster of a church in Gulu, Niger State, Nigeria, was murdered by machete-wielding bandits after they ambushed and abducted him as he travelled with his brother, along the road from Lambata to Lapai.

Minister John Gbakaan and his brother were ambushed by armed men late on 15 January, near the village of Tufa, in Niger State, as they continued on their journey having visited their mother in Makurdi, Benue State, the day before. 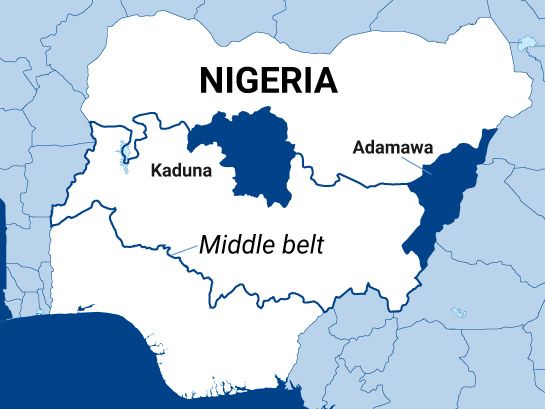 John Gbakaan’s body was found near where the pair were kidnapped. The machete wounds were reportedly so extreme that visual identification of the body was almost impossible. His car was found abandoned in the bush.

The Christian Association of Nigeria condemned the attack. The organisation’s Vice Chairman, John Hayab, said he received news of the killing with “great shock and pain”. He added that, “Today in Northern Nigeria many people are living in fear and many young people are afraid to become pastors because pastors’ lives are in great danger.”

The organisation has called on the Federal Government and security agencies “to do whatever it will take to bring this evil to a stop”.

For Christians living in the Middle Belt and the North of Nigeria persecution is rife and life precarious. Two Nigerian Christian missionaries were kidnapped in Shiroro local government area, Niger State, on 17 May, and were later dumped and left abandoned in the bush, on 15 July, after spending two months in captivity.