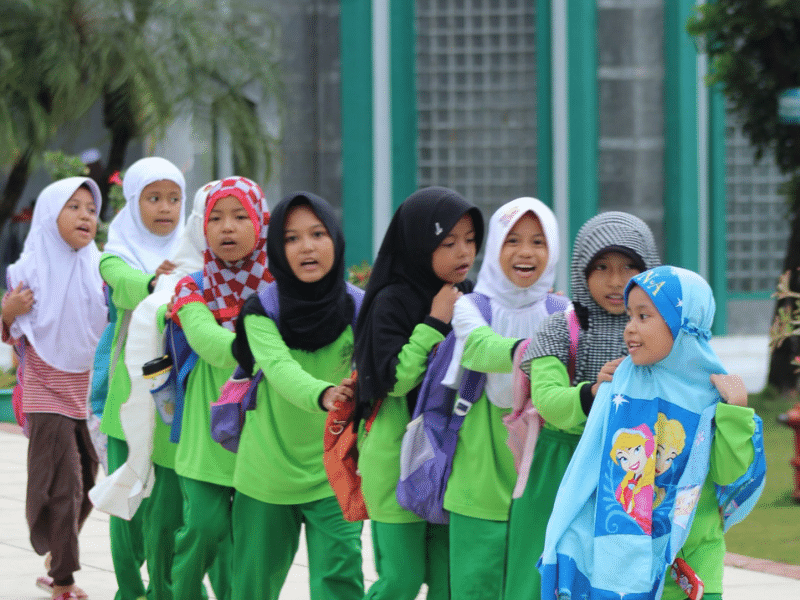 Indonesia (International Christian Concern) – A video with a duration of more than 15 minutes recently viral on social media in Indonesia, as it sparked anger and discussion on the issue of religious persecution. The video was secretly recorded by Elianu Hia, the father of a non-Muslim student named Jenny Hia. In the video, the student’s parents are seen arguing with a teacher at SMKN 2 Padang (a vocational school) regarding the regulations on the use of the hijab in public schools for non-Muslim students. Elianu protested against the school for repeatedly forcing his daughter Jenny to wear the hijab even though she is not a Muslim.

All Indonesians recognize that the hijab is the clothing of Muslim women. If the hijab were to be worn by non-Muslim women, it is a form of religious persecution against that woman. What is very unfortunate is that this happens in the sphere of education. School should be a place where the next generation of the nation learns how to live side by side in diversity, yet now has become a place to impose the will of a particular religion.

Indonesia is known as a pluralistic country with multi-ethnic cultures and various religions. Pancasila, as the State’s philosophy, means people of all faith live in harmony with one another. It has guided and strengthened the relationship between the people citizen for decades. The Constitution of Indonesia guarantees freedom for every citizen to embrace a religion and worship accordingly.

What happened at SMKN 2 Padang has actually existed for a long time, precisely since 2005. The Mayor of Padang, Fauzi Bahar, put forth a policy on school uniforms at that time which contained elements of Sharia Law. The policy was then translated by the Padang city Education Office as a mandate for all female students to wear hijab regardless of their religion. This type of coercion often occurs in Muslim-majority areas in Indonesia, for it is backed by Sharia-related regional regulations made by the local governments along with human-made reasons.

Fortunately, the Minister of Education and Culture, Nadiem Makarim, was very swift and decisive in responding to this problem and soon issued a joint decree of three ministers (SKB 3 Ministers) with the Minister of Home Affairs Tito Karnavian and the Minister of Religion Yaqut Cholil Qoumas. In SKB 3, the ministers explicitly prohibit school uniforms that point to a certain religion.

Elianu Hia, when contacted, said, “I am grateful that my daughter’s case opened the eyes of everyone— now they are finally aware of the persecution of faith in schools. As it turns out, the same thing has occurred not only in Padang, but also in several other places. My hope is that in Indonesia, there will no longer be any form of faith persecution in schools. “

Elianu continued, “I am also grateful to the government for responding swiftly through the Minister of Education and Culture. They even issued a decision letter with three ministers. I feel this is God’s will for our nation, and I am only a tool in His hands, praise God.”

HOW TO PRAY: Pray that the government in Indonesia will continue to act favorably toward Christians. Pray for Christians in Indonesia to stand strong in their faith. Pray for the protection of Christian values in the country's education system.