Armed men, suspected to be jihadist militants, attacked a baptism ceremony in the village of Adjarara, Oudalan province, Burkina Faso, on May 18, killing 15 people.

Many others were forced to flee the village, located in mainly Christian northern Burkina Faso near the border with Mali, in fear of their lives. 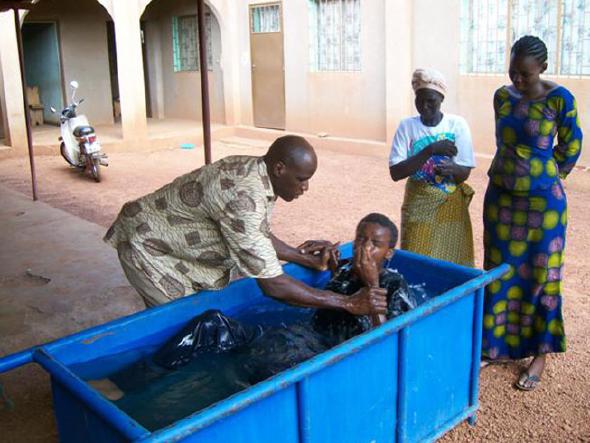 A baptism ceremony in Burkina Faso. Christians here and across the Sahel are increasingly the target of violent Islamism.

While no jihadist group has claimed responsibility for the attack, groups affiliated to both al-Qaida and Islamic State (ISIS, ISIL, Daesh) are active across Burkina Faso, Mali and Niger.

The Sahel region of Africa, along with parts of West Africa such as Nigeria, has in the last few years become the epicenter of global jihadist activity.

Earlier this month a church was vandalized during a terrorist attack in the region of Tillabéri, Niger, which left five dead and two seriously injured.

In August 2020 at least six people, mostly children, were killed and four others injured when an improvised explosive device (IED) detonated on a road in northern Burkina Faso.