'The lot is cast into the lap, but its every decision is from the Lord' (Proverbs 16:33 ESV) 'who works all things according to the counsel of his will' (from Ephesians 1:11 ESV).

MAY 2021 UPDATE
By Elizabeth Kendal

* NIGERIA [RLPB 596 (5 May)], after Boko Haram over-ran three military bases and emptied at least 42 villages across two Local Government Areas in the far east of Niger State. This locates Boko Haram close to the border with already-traumatised, predominantly Christian Southern Kaduna and only about 200 km (by road) north-west of Nigeria's federal capital, Abuja.

CONSTITUTION: We also prayed concerning the need to reform Nigeria's military-influenced 1999 constitution. Nigeria is the only country practising a federal system of government but operating a unitary police force. This critical flaw has contributed massively to Nigeria's crisis of insecurity, as state governments cannot provide basic security to citizens under their jurisdiction. Please pray.

On 23 May, Boko Haram leader Abubakar Shekau was hunkered down at his base in the Sambisa Forest in Borno State in Nigeria's north-east, when insurgents from Islamic State West Africa Province (ISWAP) broke through his defences. In previous months, ISWAP had managed to kill or 'turn' many of Shekau's most senior lieutenants. In anticipation of this eventuality, Shekau was wearing a suicide vest, which he detonated to avoid being taken alive. While the government is investigating, five Nigerian officials have confirmed Shekau's death and the Wall Street Journal 'has review transcripts of geolocated, intercepted calls between insurgents discussing his suicide, alongside an audio message from a longtime mediator between Shekau and the government reporting him dead'.

What happens next is unclear. While Shekau's death could herald the collapse of his faction, it could also massively bolster ISWAP which is primed to take over operations. It brings to an end the long-running feud between Shekau and ISWAP leader Abu Musab al-Barnawi, the son of Boko Haram founder, Muhammed Yusuf [see RLPB 562 (12 Aug 2020)]. All the while, Nigeria continues to spiral into lawlessness [see Morning Star News / Nigeria]. The Christian crisis in Nigeria's Muslim-majority North and volatile, mixed Middle Belt could be about to get a whole lot worse. Please pray.

* PAPUA, INDONESIA [RLPB 597 (12 May)], where the indigenous, ethnic Melanesian, predominantly Christian Papuans were fleeing their highland villages in Intan Jaya, Puncak Jaya and Nduga regencies ahead of a major Indonesian 'anti-terror' campaign led by an especially brutal Javanese Muslim battalion nick-named 'Satan's Forces'. What should be a police action to arrest a handful of armed criminals, has been ramped up into a major military operation to 'wipe out ... separatists', terrorise Papuans, and silence dissent. Please pray for the Church in Papua.

FULL REPORT:
Papua (Indonesian): This is What State Terror Looks Like.
Religious Liberty Monitoring, 11 May 2021

* MADHYA PRADESH, INDIA [RLPB 598 (19 May)], where Pastor Manu Damor (35) and his wife Asha had survived a terrifying Easter Sunday attack by Hindutva activists, only then to be arrested, jailed and charged as criminals. Asha spent a week in jail and Manu a month before being bailed and reunited with their three young children. Please pray.

HINDUTVA: We also prayed that God would redeem India's COVID crisis, to awaken Indians to the megalomania, greed and self-interest of the ruling Hindu nationalist BJP government of Prime Minister Narendra Modi. The current COVID crisis has been sourced to the month-long Kumbh Mela (Hindu festival) held throughout April in Haridwar. It is an absolute scandal that the BJP brought the Kumbh forward by a year, purely for political gain! Could this spell the end of Hindutva politics? Could this be a 'kairos' moment for India, in much the same way the 4 June 1989 Tiananmen Square massacre was a 'kairos' moment for China - paving the way for Christianity (previously a mostly rural phenomenon) to move into the cities? Please pray!

Tensions are soaring along Armenia's international south-eastern border with Azerbaijan [see RLPB 591 'Armenia-Azerbaijan: New War Looms' (31 March)]. Prior to the September-November 2020 war, this border was inside Armenian-controlled territory. Today, Armenian and Azeri soldiers stand face to face and tensions are soaring. On 18 April three Azeri soldiers crossed into Armenia's southernmost Syunik Province and threatened an Armenian shepherd in his field near Aravus Village. They seized him, beat him and were attempting to drag him into their trench a mere 50 metres away when Armenian servicemen, who had witnessed the attack from their observation post, raced across and rescued the shepherd.

The eastern border of Syunik Province has never been delimited or demarcated, and Armenia uses a Soviet-era topological map which is different to the Soviet-era military map used by Azerbaijan. Resolving this issue will prove exceedingly difficult and could be used as a pretext for war, especially as Azeri President Ilham Aliev has already asserted that Syunik (Zangezur to Azeris) is 'a historic territory of Azerbaijan'. On 12 May Azeri troops advanced some 3.5km into Syunik and surrounded Lake Sev, which is around 10km north of Goris, close to the Lachin corridor. An artificial reservoir, Lake Sev (Black Lake) is the area's main source of water. On 16 May, instead of withdrawing as Armenia demanded, Azerbaijan commenced a new round of military exercises. The Armenian crisis is far from over. Please pray. 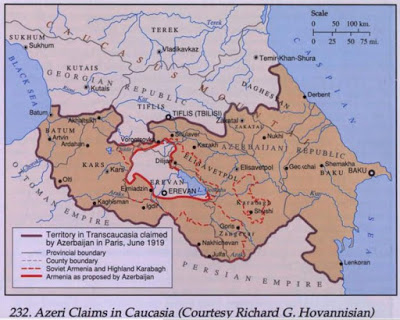 On Tuesday evening 18 May, Christians had gathered for a baptism in Burkina Faso's far north when gunmen stormed the celebration and opened fire. The attack took place in Adjarara, about 7km from the town of Tin-Akoff in Oudalan Province, close to the border with Mali. Islamic State and al-Qaeda operate in the area, but no group has claimed responsibility. Many people have reportedly fled the area. Please pray for the Church in Burkina Faso. On 20 May Islamic State released photos within its weekly Al-Naba newsletter purporting to show its men enacting hudud punishments - specifically amputations - in the market in Tin-Hama, Gao Region. Please pray for security to be restored in this remote tri-border region of the Sahel, where the borders of Burkina Faso, Mali and Niger meet. Having become a lawless terror-hub, it now poses a threat to the whole region.

Zhang Chunlei, an elder in Ren'ai [Love] Reformed Church (RRC) in Guiyang City, was detained by police on 16 March when he attended a police station to negotiate on behalf of arrested church members. On 28 March, after 12 days in administrative detention, Elder Zhang was placed in criminal detention as a 'fraud suspect' [see RLPB 593 (14 April)]. On 1 May - the day that China's new administrative measures on religious clergy came into effect [see RLPB 585 (17 Feb)] - authorities formally arrested Elder Zhang 'on suspicion of fraud'. On 10 May Elder Zhang met with his lawyer and told him that, while initially he was very worried, God had given him faith to entrust things completely to Him. Always an elder, Zhang sent a message to church members encouraging them to pray for him, continue gathering together and not be distressed by what was happening, because God can be trusted. Please pray for the Church in China.

In 2004, the Luther Foundation Finland - the legal entity behind the Evangelical Lutheran Mission Diocese of Finland (ELMDF) - published a booklet entitled 'Male and Female He Created Them: Homosexual Relationships Challenge the Christian Concept of Humanity', authored by Dr Päivi Räsänen. A medical doctor, Ms Räsänen served as chair of the Christian Democratic Party from 2004 to 2015 and as Finland's Interior Minister between 2011 and 2015. In June 2019, after her church, the Evangelical Lutheran Church of Finland, announced its partnership with the LGBT event 'Pride 2019', she took to social media to ask the question: 'How can the church's doctrinal foundation, the Bible, be compatible with the lifting up of shame and sin as a subject of pride?' To her dismay, the police launched an investigation against her [see RLPB 542 (25 March 2020)].

On 29 April, after a two-year long investigation, Finland's Prosecutor-General Ms Raija Toiviainen charged Räsänen with three counts of incitements against a minority group, a crime punishable by a fine or up to two years of imprisonment. The charge relates to the 2004 booklet and two other more recent occasions where she presented the case for Biblical morality. As editor-in-chief of Luther Foundation Finland's publications, the Rev Dr Juhana Pohjola, diocesan dean and bishop-elect of the Evangelical Lutheran Mission Diocese of Finland (ELMDF), has been charged with the same offence. At stake is whether a belief based on the traditional teachings of the Bible and the Christian churches can still be expressed in Finland. Please pray.

On Monday 10 May Indonesia's Supreme Court ruled that a joint ministerial decree that banned schools from mandating religious attire, be declared null and void. The ministerial decree - which was issued to protect the individual freedom of students to wear or not to wear Islamic religious attire - had been jointly issued by the education ministry, home affairs ministry and religious affairs ministry and signed on 3 February. The decree was enthusiastically welcomed by human rights activists who had highlighted cases of gross intolerance in schools that mandated the use of hijabs or jilbabs for all female students [Human Rights Watch, March 2021]. The decree was a response to a controversy which arose in January after a state school in Padang, West Sumatra, made hijabs mandatory for all female students, including Christians. Jakarta Post notes that the decree was in line with a provision in the 2003 law on the education system that mandates that education be carried out in a non-discriminatory manner by upholding religious values and national diversity. Despite this, the Supreme Court over-ruled and struck it down. The decision is a major set-back for human rights and religious freedom in increasingly Islamic Indonesia. Please pray.

RLPB is following the case of A., a Saudi convert to Christianity who is persevering through serious persecution and is now facing legal action all because of his faith in Jesus Christ [see RLPB 595 April Update (28 April)]. Middle East Concern reports that on 5 May, A.'s wife was contacted by her family and told her mother was ill after receiving a COVID-19 vaccination. It was, however, a ruse. When A.'s wife arrived at her mother's home, she was essentially taken captive there. The family believes that A. will be sent to prison, and their daughter (A.'s wife) should divorce A. and stay with them. A.'s next court hearing is on 30 May. Meanwhile, he is trying to get his wife released by her family. Prayer points: see Middle East Concern.

Pallisa town is in a rural region of Pallisa District, Eastern Uganda. It functions as the main centre of education in the region. On Monday 3 May Pastor Thomas Chikooma, a resident of Komolo village, Pallisa town, participated in a Muslim-Christian debate at a taxi park in the town. Area Muslims, who had been holding public discussions there for about a month, had invited the pastor - a well-known evangelist who led St Martin Church in Ngalwe Village - to offer a defence of Christianity. Armed with the Bible, the Quran and an abundance of grace, Pastor Chikooma spoke convincingly and, in the process, led 14 people, including six Muslims, to faith in Jesus Christ.

As would be expected, some Muslims were furious. When angry Muslims started shouting 'Allah Akbar' he and his son got on their motorbike and fled away. When they overtook him, Pastor Chikooma parked his motorcycle, left his son, and walked ahead to talk with the Muslims. But the Muslims were not interested in talking. Pastor Chikooma's son ran home and got his mother, Jessica Naikomba who, along with neighbours, went in search of her husband. Eventually they found him, and the sight will leave them traumatised for life. Jessica Naikomba told Morning Star News (MSN) that 'we found my husband in a pool of blood, beheaded and his tongue removed'. Pastor Chikooma had planted 50 churches in eastern Uganda and was father to 11 children. As Salvation Ministries International bishop Denis Akora explained to MSN, 'The family needs prayers, financial support and trauma counselling at this trying moment.' Please pray. 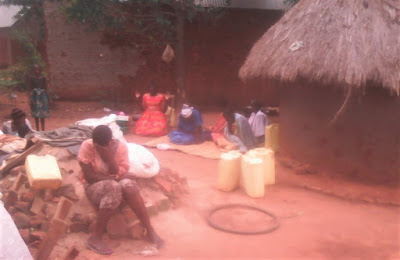 Surviving wife and children mourn the 3 May 2021 killing of Pastor Thomas Chikooma in eastern Uganda.
(Morning Star News, 12 May)