Extremists have destroyed the homes of eight Christian families and forcibly expelled them from their village.

Barnabas Fund sources confirm that the attack carried out in the village of Sikapai, in Rayagada district of Odisha state, India did not take place on 8 June, as originally reported, but some two months earlier. The mob devastated the Christians’ homes and forced them to leave the village. Initially the Christian families were not even allowed to re-enter their properties to recover household and personal belongings before police intervened to calm the situation.

The families are currently taking refuge in a forest nearby with the rainy season looming. 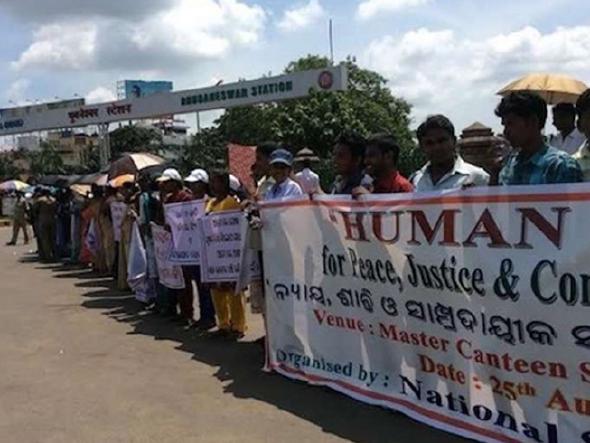 Sikapai village is a remote community of some 40 families, of which eight are Christian. Pastor Upajukta Singh paid tribute to the Christians’ continuing strong faith in Jesus that they have been practising for the past ten years, despite living under repeated threats, since converting from the Kui tribal religion.

Pastor Singh commented that the radical group could not tolerate the presence of Christian families in the village. He added that the villagers had on previous occasions humiliated and intimidated Christian women who had gone to fetch water from a well a kilometre away, forcing them to return home empty-handed.

Nori Konjaka, one of the victims, declared that the attackers “can destroy our homes, but not our faith in Jesus”. Others affirmed in front of police that they were prepared to lose everything for Jesus, the living God.

One young girl testified that the villagers compelled Christians to worship their gods and eat food offered in the temple, pointedly adding, “As their gods seems to flee away by our presence in the village, they are opposing us.”

A complaint was filed at the Kalyansingpur police station.

Global Council of Indian Christians (GCIC) President Sajan K George strongly condemned the attack, pointing to the continuing “reign of terror” against the poor and vulnerable Christians of Odisha. He commented: “Secular India has a constitution that should guarantee religious freedom, but we already know that the complaint presented to the Kalyansingpur police station will not bring justice to the victims and will not discourage further attacks and threats.”