US President Joe Biden’s executive order for the seizure of $7 billion in Afghan funds may seem like a good news story – but it is a move strategically incompetent, morally reprehensible and completely unjust.

The funds – which belong to the ordinary people of Afghanistan, and were invested by the Afghan Central Bank in the US – have been frozen since the Taliban takeover in August 2021. Now according to the order, they will be divided in two.

Half will be held for possible claims by the families of 9/11 victims against the Taliban for collusion with al-Qaeda in the 2001 atrocity, and the other half used to fund charities working to alleviate the ongoing famine in Afghanistan. 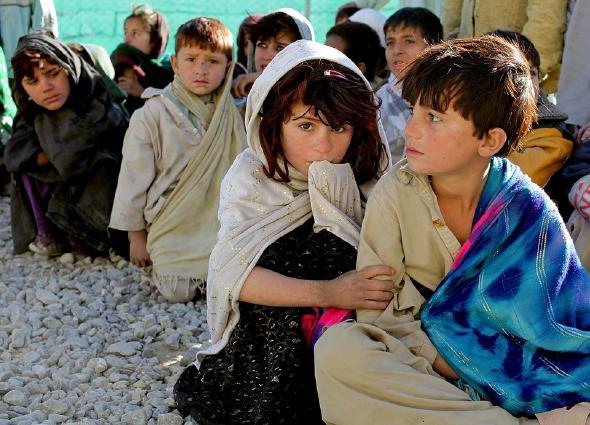 According to a White House statement, the order “is designed to provide a path for the funds to reach the people of Afghanistan, while keeping them out of the hands of the Taliban and malicious actors”.

Yet despite this bold claim the funds do not belong to the Taliban; they belong to the Afghan people. Neither is there any suggestion that they would find their way into the hands of terrorists as the US seem to assume (in the six months since their takeover the Taliban has not interfered in the workings of the Afghan Central Bank).

Furthermore, the US has rejected a plan to unfreeze and monitor small amounts of the assets at a time, a plan which would have ensured that the Afghan Central Bank retains liquidity without risking large amounts of money being siphoned off for terrorist groups.

The people of Afghanistan have not been able to access their own money, even as they have been forced into desperate acts to try to stave off the threat of starvation. Some have sold their own kidneys in order to buy food – some have even taken the heart-breaking step of selling their own children.

Now their money has been appropriated by the US in the name of the greater good.

The US order fails, first of all, in its intent to reduce the risk of Islamist terrorism.

Enforcing financial hardship and famine on the people of Afghanistan by appropriating their savings and assets will create a fertile breeding ground for radicalisation, bolstering recruitment for both al Qaeda and Islamic State (IS, ISIS, ISIL, Daesh).

“In the name of benefiting the 9/11 families, we will be seeding the ground for the next 9/11,” says Dr Cheryl Benard of the RAND National Security Research Division along with other analysts writing in The National Interest. 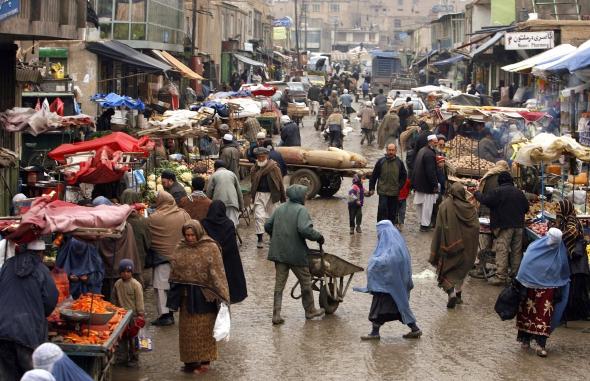 An Afghan market prior to the US withdrawal and Taliban takeover. Today there is little food to buy and little money to buy it with

Secondly, the moral cover for the order – that $3.5 billion will be given to charities seeking to alleviate poverty in Afghanistan – is also a nonsense.

It is morally repugnant to effectively steal billions of dollars from the personal bank accounts of individual Afghan people on the pretext that the money will be returned to them in the form of charitable aid.

Furthermore, given that the overheads of many international NGOs can amount to 75-80%, it is probable that more than $2.5 billion will be siphoned off by Western charities.

At present combined requests for aid by charities and NGOs amount to more than £8 billion – that’s more than the entirety of the assets, let alone the solitary billion that might be left over.

Western states like to pose as the instigators of cool-headed and practical policy, as well as the enforcers of sound moral judgement, yet this order demonstrates the paucity of such claims.

It should be added that the botched withdrawal and subsequent freezing of assets are the proximate causes of the humanitarian disaster now enveloping Afghanistan.

We must also remember the role of the UK-led International Security Assistance Force in the issuing by the previous government of Afghanistan of a fatwa calling for the killing of those who leave Islam, and the subsequent failure of Christians who faced death at the hands of Islamists.

The Word of God is clear that, “Whoever oppresses the poor shows contempt for their Maker, but whoever is kind to the needy honours God” (Proverbs 14:31). Judgement is declared upon those who “trample on the heads of the poor as on the dust of the ground and deny justice to the oppressed” (Amos 2:7).

The corruption, wickedness and moral failings of some non-Western governments are plain to see, but those of the Western powers are no less evident.