Christians in Afghanistan Still at Risk of Death for Apostasy

The annual report of the U.S. Commission for International Religious Freedom (USCIRF), released on April 25, has argued that Christians in Afghanistan are still at risk.

Since the August 2021 U.S. withdrawal from Afghanistan and the subsequent Taliban takeover, the threat to Christians – all considered apostates (murtadd) from Islam – and other religious minorities has increased.

USCIRF has recommended that the U.S. Government designate Afghanistan a “Country of Particular Concern." 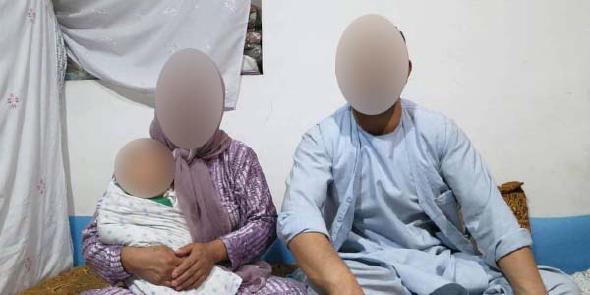 A Christian family in Afghanistan.

“Christian converts,” says the 2022 USCIRF report, are among those who “practice their faith in hiding due to fear of reprisal and threats from the Taliban and separately from the Islamic State-Khorasan Province (ISIS-K).”

The report recounts that the Taliban have gone door-to-door searching for Christians.

“Christians have received threatening phone calls,” states the report, “and one leader of a house church network received a threatening letter in August from Taliban militants. Some Christians have turned off their phones and moved to undisclosed locations.”

Taliban rule also places believers at greater risk of violence and death at the hands of their neighbors, including even friends and family.

Since mid-2021 the Taliban have said that Christians must leave, re-convert to Islam, or face death.

The Western powers also share responsibility for the situation faced by Afghan Christians. When in 2010 NATO’s International Security Assistance Force (ISAF) wanted to prove the sharia credentials of the then Afghan government, headed by President Hamid Karzai, it initiated the issuing of a fatwa calling for the killing of those who leave Islam, which greatly increased persecution of Christians.

Western governments have also largely failed in assisting Christians who have fled for their lives from Afghanistan and need safe places to re-settle.

In the report, USCIRF calls upon the U.S. Government to expand its Refugee Admissions Program to specifically include “Afghan religious minorities at extreme risk of religious persecution.”

Intercede for Afghan Christians who face constant danger of violence and death at the hands of the Taliban and other Islamist extremists. Pray that the Lord will keep them safe from harm, provide for their needs despite the ongoing humanitarian disaster in Afghanistan, and sustain their faith in our Lord and Savior Jesus Christ.